T and the Wonder 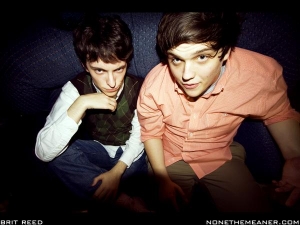 Burlington, V.T. Multi-instrumentalists Tavis Balkin and Patrick McCormack met in high school and started recording weird songs in Tavis’ basement as a joke. They put these songs online and played a few shows locally. Their high energy and on-stage antics made them staple of the Burlington scene. After a year or two of experimenting with different sounds, they moved to Chicago and developed a new style: tropical indie-pop. Shortly after recording new demos, they recruited their drummer, Ethan Link. Currently, they’re in the process of recording songs for their debut EP which, when released, will mark the beginning of their cross-country summer tour.
0
What's This
Advertisement