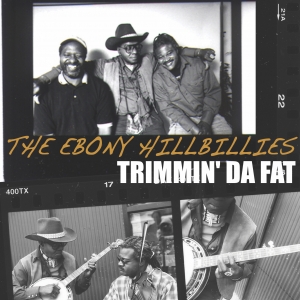 Click here to go to The Ebony Hillbillies Music Page


THE EBONY HILLBILLIES
From the street corners of Manhattan to the hallowed stages of Carnegie Hall and Lincoln Center to TV appearances on the BBC and ABC’s “Good Morning America,” The Ebony Hillbillies are a true phenomenon, reviving the lost art form and American legacy of string band music for a whole new generation.

Continuing to bring a fresh urgency to the genre for a 21st Century world in need of some deep musical education, the dynamic ensemble – led by Henrique Prince (fiddle, vocals) with Norris Bennett (banjo, mountain dulcimer, guitar, vocals), Gloria Thomas Gassaway (on vocals and bones), acoustic bassist William “Salty Bill” Salter (3x-Grammy winning co-writer of legendary pop hits like “Where is the Love” and “Just The Two of Us”) and A.R.(Ali Rahman) on washboard “cowboy” percussion kit.

The Ebony Hillbillies started out on the streets of Manhattan, but their vibe and influence has extended over the years to acclaimed live performances at legendary venues like Carnegie Hall and Lincoln Center; appearances on the BBC, Good Morning America, NBC, CBS, etc., international music workshops and festivals, visual artist collaborations at museums (including The Whitney with phenom Kara Walker and The Smithsonian Museum), Foot stomping and Hand-clapping Dance parties and more. In the digital era, they have sold thousands of hard copies of their CDs – Sabrina’s Holiday, I Thought You Knew, Barefoot & Flying and Slappin’ A Rabbit – Live! – at their shows and via their globally popular website, www.theEbonyHillbillies.com

The first selection, “LIZA JANE” is not only a popular woman of the 19th and 20th century - she was also recorded worldwide by many artists. It is known to have been a Negro folk song. Sung by Norris Bennett with Dave “BBQ” Colding and Dirty Red on supporting vocals - it's an EH fave.

“CHICKEN REEL,” is a dance tune…written by Joseph Daly…played instrumentally by the EH

Here is the EH’s rendition of “JOSHUA FIT THE BATTLE OF JERICHO,” a very popular African American spiritual . This song has been recorded by many great artists. Sung by Norris Bennett with Dave Colding and Dirty Red on additional supporting vocals.

This is an original song sung and written by EH fiddler, Henrique Prince.

Sung by Norris Bennett. Its the EH’s rendition of a very old folk song about a rebel soldier running backwards.

09. SUGAR IN THE GOURD 2:00
Songwriter/Author: Traditional - Arr. by THE EH
PUBLISHER: THE EBONY HILLBILLIES MUSIC INC

As far from NYC, as you can possibly get. I do like old-time fiddling though, and so this song is perfect in some ways. With Norris Bennett on lead vocals and mountain dulcimer…

An old-time fiddling chicken song. though, and so this song is perfect in some ways. With Norris Bennett on lead vocals and banjo…

Tim O'Brien's brilliant ode to his deceased sister and beautifully yet brilliantly delivered by Mr. Norris Bennett. One of his beloved signature songs, heavily requested wherever he went. It never failed to bring tears. We truly miss Mr. Norris Washington Bennett
6
What's This
Advertisement