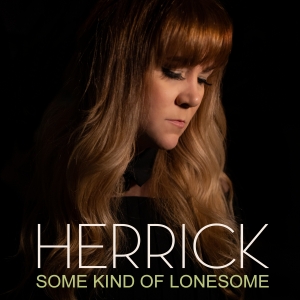 GET THIS FREE INTERACTIVE WALK-THROUGH OF "SOME KIND OF LONESOME" AND GET ALL Herrick MUSIC FREE CLICK HERE> https://www.go.herricklive.com/invite-only

-Christened by Music Row Magazine and Billboard as "the real deal" and "the next great female voice of this generation," husband and wife duo Herrick returns this year with their third studio album "Sunderland Road." The first single "Some Kind Of Lonesome", a stunning ballad that is equally as heart-wrenching as it is majestic.

Its inspiration was born out of Donna Herrick's loss of her mother this year and the loneliness through a calendar year that feels, to many, to be the very definition of the word. The profound imagery of the music video turns many tides of the soul yet it is not without the life raft we all cling to, which is each other. "Some Kind Of Lonesome" is a brilliant prelude to the much-anticipated new album that will no doubt stand as Herrick's tour de force. "Sunderland Road" is slated for release in the summer of 2021. In anticipation of the album's release, fans can get a revolutionary music experience by signing up on the band's website where they will receive Herrick perks directly to their email inbox. Over the course of four days, you will receive a free digital copy of their new single before it is released, behind the scenes footage of the making of the music video, printed lyric sheets, songwriting memos, and more. In addition, fans who pre-order the new album will be automatically entered into a drawing to win the grand prize bundle. Details about pre-orders and prize list will be announced soon. Visit the band's website to sign up now. www.herricklive.com


Nearly every single successful band who has ever been will tell you that the relationship between band members is very much like a marriage. When you spend hours, days, months and eventually years together, sit side by side through mile after mile as you travel the country, and watch as your creations are born and breathe the breath of life, then you pretty much have a true understanding of marriage. For Kerry and Donna Herrick, that bond was sewn with a double threaded needle being that they are, in fact, married, both literally and musically. Their partnership started all the way back in junior high school, a couple of kids growing up together in Spokane, Washington. Kerry grew up with his 5 brothers and sisters surrounded by southern gospel music. Donna was born a truly gifted singer, but her mother was the only person on the planet who knew it. Painfully shy, she wouldn’t dare open her mouth to anyone else…that is until Kerry came along. Finally joining in and lending her voice as she watched him and his brother sing in their ritual jam sessions, Kerry could not believe his ears. At that moment the die was cast and their musical chemistry set in motion. Herrick is the patchwork of two lives long lived together. Sewn up in organic composition and exquisite harmonies, theirs is a fabric held together with steel thread.

Their migration to Nashville started with a fluke kind of situation. They released some songs online in the early stages of the internet revolution and one of those songs "If You Don’t Have Love" hit the Top 20 on the Christian Country Music Association Chart. After traveling to Nashville to perform at the CCMA Awards show, and taking sage advice from an industry mentor, they then made a permanent residence in Music City. You could fill a book with the stories of all that has happened since then. With pen in hand they very nearly signed a major label deal early on, but due to merging of companies, that fell through. Instead of waiting for new interests to develop, they went full blown DYI releasing music independently. Their lack of major label support did not hinder the impact their music was having. Their 2012 debut album "New Dance" co-produced by Donna and Kerry, Michael Bonagura and Buddy Cannon delivered two singles that hit the Music Row Chart and a music video that hit the Top 20 on The Country Network’s Countdown. Their second album "Cottonfields" followed in 2016. High praise from some of the most coveted music critics hovered around them with regularity over the years including music historian Robert K. Oermann of Music Row Magazine and award-winning journalist Chuck Dauphin of Billboard Magazine, both citing Herrick as "the real deal." Chuck Dauphin continued by saying “Herrick may very well contain the next great female voice of this generation in Donna Herrick." The band boasts an impressive list of music awards including two IAMA International Acoustic Awards, "Folk/Bluegrass/Americana "Group of the Year ," and most recently, "Entertainer of the Year" and "Female Vocalist of the Year" at the Josie Music Awards, and a Bronze Telly Award. They have also been nominated for two Americana Music Awards.

The lack of restrictions on their creative process has endeared them to music fans that make up a large base across the country. With so much noise in the world coming from every direction, the rise of Herrick's music above the din is most definitely attributed to their rich melodic persuasion and signature harmonies. Their brand new album "Sunderland Road" is a masterful representation of that. The album is co-produced by Herrick, David Walker and GRAMMY Award-winning engineer Snake Reynolds who has worked on 100 plus multi-platinum albums. Kerry and Donna believe Snake to be a missing link in their recording process, a new chapter to their musical story. His ability to capture all the little nuances in Donna’s extraordinary voice brings forth a monster country release worthy of the genre's ancestors.


"Herrick’s new single, "Some Kind Of Lonesome," finds the band singing a great new song with the same fire and conviction as they always show. Do yourself a favor and check it out. Herrick has been a favorite of mine for a long time." -Buddy Cannon/Multiple Platinum Award Producer/Songwriter

"Love, love, love the new single "Some Kind of Lonesome." Great production and vocal! I've been a fan of Herrick for years and they always live up to my expectations with their talents." -Snake Reynolds/Multiple Platinum Award winning Engineer/Hall of Fame Inductee

"A moving and powerful performance with uplifting lyrics and stunning harmonies to match. Although the subject matter is one that could be said to be rather somber, the beauty of the vocal melody and the strength of the songwriting puts the message across in such a way that makes the listener smile reflectively from ear to ear – something that we all need more of in our lives right now. Fantastic!" -Nick Campling/Director G7th, The Capo Company

"What's that sound? Oh yes, I remember. It's called country music. And I don’t mean the overly polished kind that Music Row usually serves us. I mean the Real Deal. Herrick is back to warm my hillbilly heart with ringing reminders of what old-school country can mean.-Robert K Oermann, Music Row Magazine

"Donna has the uncanny ability to breathe emotion into a song and make the listener feel something. It's that moment when the lyrics of a song become more than just words. Every member of this band play an important role in their sound. The instrumentation and arrangement of the songs is superb." - No Depression Magazine

"With intricate harmonies and a distinctive legendary
sound that combines the best of folk, rock, blues and
country, Herrick shatters the current country music mold and creates a new path for it to follow."