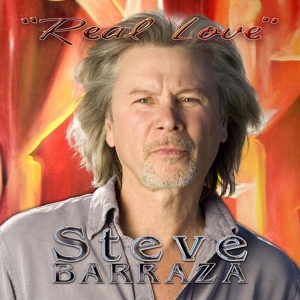 Steve Barraza began his quest to become a musician at age 10 buying his first set of drums. By age 14 he was on his way with his first band playing school dances and small parties in Phoenix, Arizona. By the time Steve reached his late teens he had joined the most popular band in Phoenix “Autumn People”, becoming lead vocalist and drummer. The “Autumn People” took Steve on tour from coast to coast in the US performing in ballrooms and clubs to capacity crowds. Steve co-wrote many of the original songs for the band. “Autumn People” released their first LP in 1976. The progressive rock album titled “Autumn People” is still being bootlegged in Europe and in the United States.
Steve joined Kris Hollis Key in 1978 in Tulsa, Oklahoma to begin a song writing partnership that lasted until 1983. Kris owned a popular recording studio in Tulsa called “Sunset West”. In 1983 Steve moved to Los Angeles to pioneer the famous shoe company “L.A.Gear” with Robert Greenberg. Robert is now the CEO of Skechers Shoe Company. Kris soon followed Steve to L.A. and the duo continued their song writing collaboration. The two co-penned over 50 amazing pop songs. They still communicate today.
Steve started his clothing company in 1992 called “Tianello”. The company is based in Los Angeles and sells it clothing in over 4000 women’s specialty boutiques. Steve has created an underground following for his music through distribution in his stores.
His current album “Real Love” released January 1, 2009 is an original collection of country ballads all penned by Steve, recorded in Nashville, Tennessee, and was co-produced by Joe Spivey, and Steve Barraza.