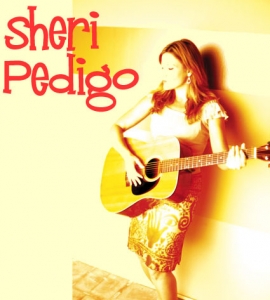 Considered pure and earthy to passionate and soulful, Sheri's musical style has best been described as a breath taking mix of Karen Carpenter and Tina Turner, which has led people to refer to her as an "Angel with Soul.
Sheri has shared the the stage with many Icons including Billy Davis and Marilyn McCoo from the famed Fifth Dimensions group for 5 years. along with working with and cowriting with Stephen Housden from Little River Band, Leon Patillo( Former Lead singer of Santana for 10 years) and cowritten and recorded with Producer Narada Micheal Walden. SHeri was one of the soloist on Christmas Song " A Family Christmas" with Peabo Bryson. Sheri is also been cowriting and producing songs with Actress Dyan Cannon..
Sheri is a huge animal activist. She was the opening act for Randy Travis at William Schatner’s Hollywood Charity Horse Show in Burbank, California and Opened for Bobby Kimball from TOTO and many others.
In 2010 Swiss Rock band Gotthard recognised her talent and she was awarded songwriter on triple platinum record "Need To Believe"
That same year she also charted in the dance charts on her single"Caravan"
Sheri's voice has also been heard on national jingles for Coca-Cola, Krogers, and Hennesy and most recent Pat Boones new song I HAD A DREAM .
Sheri is involved with LAWIM (Los Angeles Women In Music), a member of SAG (Screen Actors Guild), AFTRA (American Federation of Television & Radio Artists), and ASCAP (American Society of Composers, Authors and Publishers).
TO VIEW ONE OF HER MUSIC VIDEOS:
http://www.youtube.com/watch?v=IdNjJgpi1U4
5
What's This
Advertisement