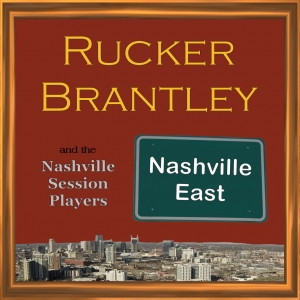 Joe Rucker was born in Baytown, Texas outside of Houston, soon moving with his family to Geneva, Florida. He grew up listening to his father Jerry Rucker play guitar and write songs and, his entire family sang at local events. Joe credits meeting Grand Ole Opry star Hank Locklin as a turning point in his life as a musician. He moved to Nashville in 1998 and was soon invited by Jack Greene to appear on Ernest Tubb's Midnite Jamboree.

Joe released his first album “Nashville Scenes” in 2001, co-produced by Joe and Doyle Grisham. In 2007, his second CD “Untangle My Mind” was released, a self-produced 18 song project that included duets with Clifford Curry, Hank Locklin and Eddy Raven. As a musician, Joe is credited on Locklin's 2006 gospel album, “By The Grace of God: The Gospel Album”, which also included the Oak Ridge Boys, the Jordanaires, and Gold City. In late 2009, Joe joined cartoonist and singer/songwriter Guy Gilchrist as bandleader of his group called The Comics. The group did a series of Christmas shows in December 2009 with guest artists Mandy Barnett and Tommy Cash. He left the group in the fall of 2010.

Joe continues to write, record, and perform across the country. In recent years he has teamed up with the legendary Margie Singleton. They plan to release some of their songs in 2019. When not on tour, Joe is often asked to be a guest artist at the Nashville Cowboy Church. Most recently, he was inducted into the Nashville Chapter of the Academy of Local Musicians Hall of Fame.

Country/Americana artist and songwriter Jennifer Brantley was born into a musical family in Florida, learning to play the piano at age six. She grew up in Mississippi and later California and, was first attracted to gospel music, playing and singing in church. Her first major appearance was as an opening act to the gospel artists David & the Giants at the Hanford Fox Theater in Hanford, CA, in 1995. In 2007, Jennifer was nominated for Americana Female Singer/Songwriter of the Year for the Los Angeles Music Awards.

Jennifer has released four albums, "The Other Side" (2001), produced by Grammy Award winner Bil VornDick (Alison Krauss, Bela Fleck), featuring noted guitarist Johnny Hiland. Signed by Mountainside Productions, she released her second album "Break Down" (2007), also produced by Mountainside's owner Bil VornDick. Her third CD "The Little Things" (2009) was produced by renowned keyboard artist Johnny Neel, formally of the Allman Brothers Band. She released her fourth CD entitled "It's All Good" in 2016, which was produced by her husband David Hand, Vaughan Lofstead and Greg Perkins. Jennifer was the first artist to release a song co-written by Hank Williams Sr. and Glenn Douglas Tubb entitled "Heartbroken, Forsaken and Alone".

In 2007, Jennifer also recorded a duet with former RCA artist Razzy Bailey, entitled "Heart of Stone" on his album "Damn Good Time" and, she appeared with Razzy on Ernest Tubb's Midnite Jamboree, which is broadcast from "The Air Castle of the South" WSM (AM), "Home of the Grand Ole Opry". In 2010, she became a cast member of the "Nashville Traditions" radio show on WSM 650AM, reaching 38 states in the United States and parts of Canada.

Jennifer and her husband, local Nashville guitarist and songwriter David Hand, have opened for noted Nashville artists including Jimmy Wayne and, they continue to perform together in Nashville and surrounding cities at various events and local venues. They have made a concerted effort to perform at many charitable functions for the local Nashville homeless population and various other worthwhile causes.

(tracks below not included here)