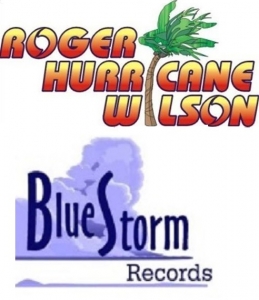 Atlanta’s Roger “Hurricane” Wilson passes through the Suncoast area so often that he’s almost like one of our own. Some time ago I reviewed another of his acoustic CD’s, and I thought it would be fun to see what he was up to five years on. The previous disc, “Pastime” was made up of tracks taken from live performances, while “The Way I Am” is a dedicated acoustic studio recording. It includes eight originals and four covers of songs by artists who impressed and influenced Roger.
The opening track, an original entitled “How Much Is Enough?” is a country-Blues flavored look at our acquisitive society. “You’ve got a lot of money, You’ve got a lot of stuff, the big question here is how much is enough”…indeed. “Blue Heaven” is a tasty instrumental piece named after a venue in Key West. Very pretty guitar and subdued percussion, I like it a lot. “I Got Chased By A Three-Legged Dog” tells the story of a bad day, a really bad day.
Roger covers Dylan’s “Don’t Think Twice”, Johnny Cash’s “Ring Of Fire”, a Doc Watson Tune called “Doc’s Guitar”, and the title track, a Merle Haggard favorite of Wilson’s.
Although much of this disc is Blues-flavored, it’s really more of an “Americana” styled effort. This is a “Sunday Afternoon” kind of record, laid back and mellow. Wilson’s smoky baritone voice and country-Blues influenced picking make for a nice relaxed sound. (And I enjoy his storytelling, too).

Roger “Hurricane” Wilson
The Way I Am

Roger “Hurricane” Wilson has made an all acoustic set of roots and Americana music with a strong blues influence. Wilson is an outstanding electric guitarist and here is showing us he is equally adept at acoustic guitar and Dobro. There are eight originals and four covers offered from artists that have influenced his music over the years. Wilson does songs by Doc Watson, Bob Dylan, Johnny Cash, and Merle Haggard. The songs pay tribute to his heroes in his own style without sounding imitative. My favorite originals are “How Much is Enough ?” and “I Got Chased by a Three Legged Dog”. The former is about greedy CEOs that is very timely, and the latter is a humorous take on a bad day that everyone
can relate to. This CD is a very personal statement from Wilson that I would highly recommend to anyone that enjoys roots music, with a bit of country flavor, along with a strong blues base.