Rockabilly Tribute to The Ramones 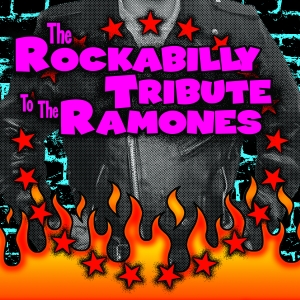 Four dirt-poor misfits with a distaste for the conformity found in most mainstream music, The Ramone’s broke out of Queens, New York in 1974 and never looked back. With their eponymous first album released in 1976 to We’re Out of Here released in 1996, The Ramone’s managed to continually stay on top of the punk scene. 2004 marked the 30th anniversary of the first punk band, as one of the original band members, Johnny Ramone, unfortunately marked the end of his life. With three of the four original members no longer with us, we will sadly never get to see Joey scream “Hey Ho, Let’s Go!” or Dee-Dee start each song with his staple “1-2-3-4!” cry. However, the good news is that we can still hear them and that same spirit that made them the legendary punk icons they will forever be…

CMH Records’ latest release, The Rockabilly Tribute to The Ramones, masterfully honors the band with roots rock elements, capturing that same misfit energy that would make each of the members proud. With songs like ‘Beat On The Brat’ ‘I Wanna Be Sedated’ and ‘The KKK Took My Baby Away’ the only thing you’ll be saying is Gabba Gabba Hey!