Rick Faris - The Next Mountain 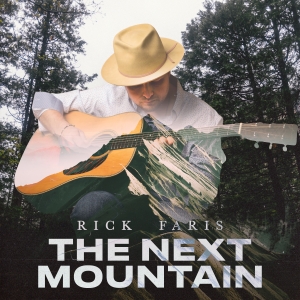 Dark Shadow Recording has another new single today, the first from their upcoming second album with Rick Faris. This is Rick’s initial output since his recent departure from Special Consensus, where he had held forth since 2009, first on mandolin and eventually on guitar. Faris left the band specifically to focus on establishing a solo career on his own, and this sophomore effort is a fine step.

For the debut single, they has selected Deep River, one Rick wrote with Brink Brinkman. He is supported in the studio by Laura Orshaw on fiddle, Russ Carson on banjo, Harry Clark on mandolin, and Zak McLamb on bass. Rick plays guitar and sings lead, with harmony vocals from Shawn Lane.

For Faris, getting back in the studio was like much needed therapy.

“This has been long overdue for my pickers soul! The groove was instant and they are all great friends of mine, as well as top class musicians. I’m honored they wanted to be on the project and cannot thank them enough for their beautiful talents and everything they brought to the recording session!”

He and Brink put together this bluesy grasser about a lonesome soul looking for the mighty river to take him far from where his heart is broken.

“Rick is a tremendously talented picker, singer, songwriter, and performer and it has been a joy to watch him grow since I first met him in 2002. For this album, he got out of his comfort zone and started co-writing with some of bluegrass’s finest, coming up with a really strong collection of songs. The fiery band of pickers kept inspiring each other and elevating the recording, allowing for some powerful music. I’m thrilled for folks to hear this new single and get a glimpse of Rick climbing The Next Mountain.”