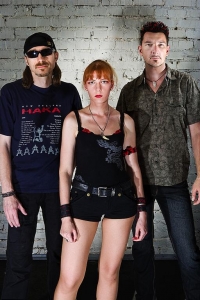 Work on the project was launched in spring 2007, an electronics composer, sound engineer known record company, Valery «Murena».
In December 2008 the group formed the first full-length composition. In March 2009 the band released their first official release - the single Don `t Even Sigh, available for listening via the Internet. Since April 2009 Red Princess began concerts. First single Don `t Even Sigh - translates English-speaking radio stations. In June 2009 a team of drummer «Sam» Levin. At the end of July 2009 single Don `t Even Sigh comes in a wide sale through iTunes, Amazon, Napster and many other online stores.
1
What's This
Advertisement