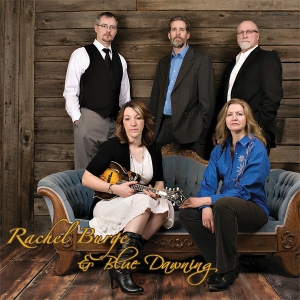 11. I've Seen Enough of What's Behind me (King/Bowman)


Rachel Burge is a graduate from Glenville State College, with a degree in Music Education as well as a certificate in Bluegrass Music. Her mandolin playing blends the lines of traditional and contemporary bluegrass which is styled of some of the greatest mandolin players on the circuit today. She was mostly recently performing with the West Virginia band "No One You Know" under Mountain Fever Records.

Lance Gainer supplies both guitar and vocals to the band. Lance has been affiliated with several bands as well such as "Buck and Company", and most recently with "No One You Know".

Radford Vance discovered the banjo at the age of eight and has been pickin' ever since. He has played every style of bluegrass from gospel with Carl Story and Tim Horn to traditonal with James Monroe. After spending 20 years with Northwest Territory, he and wife Michele, moved to Maryland. Shortly after, Rachel discovered their talents and asked them to join "Blue Dawning". His pickin' on the five string is sure to get you grinnin'.

Michele Birkby-Vance was born into a family of fiddle players, so it only made sense that she keep the family tradition going. Just as husband/banjo player Radford Vance did, Michele too started playing fiddle at a young age. Her talent, experience, and enthusiasm for bluegrass music is shown on stage, as well as off stage. She was asked to play on the very first "Daughters of Bluegrass" album and spent 20 years touring with her husband and Northwest Territory before moving to Maryland and joing up with "Blue Dawning".

Rick Westerman brings a tenor voice and solid bass playing to the group. Rick has also been affiliated with many bands over the years such as Buck, and Company, Rarely Herd, and the Hart Brothers.
21
What's This
Advertisement