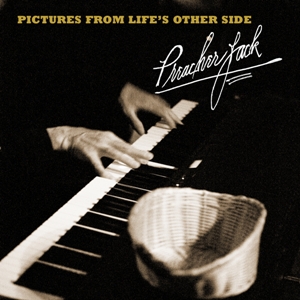 "Preacher" Jack Coughlin was born Feb 12, 1942 and grew up in Malden MA (now residing in the lovely seaside town of Salem Ma). Known as much for his rambling, sometimes mind numbing recitations and righteous holier-than-tho diatribes on life & love as for his brilliant "boogie-woogie" style piano playing, Jack has thrilled and mystified fans for well over 45 years with his often over the top performances and self taught country style and honky-tonk tales (Jack is also the possessor of an encyclopedic knowledge of classic honky-tonk, rockabilly and boogie-woogie.)

Now signed to Bill Hunt's Cow Island Music -- a new CD, Pictures From Life's Other Side, has been released -- Jack has also recorded for Ken Irwin's Rounder Records and for Black Rose Records, which is run by Al Cocorochio (Jack's friend and former Manager). Influenced by people as diverse as The Hillbilly Bard Hank Williams to Liberace, from Mahalia Jackson to Jerry Lee Lewis, Jack's sets often reflected the mood he was in or (in most cases) WHATEVER came to his fingertips first.