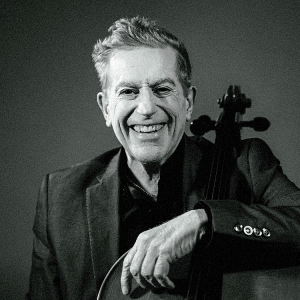 Singer and composer Pablo Sciepura aka Paul LeRocq was born on march 11th 1978 in Quilmes, city of “Quilmes Rock Festival”. He is a southpaw (left-handed) guitarist who took his first musical steps during high school. Playing as much as he could and as loud as he could the passion for music was now firmly etched in his DNA. As a self-taught guitarist and not wanting to limit his music powers to just guitar he quickly taught himself piano.

At the age of 24, Paul decide it was time to get serious with vocal lessons and he worked with Carlos Zabala for three years and then with Liliana Sfara. With great teachers he was able to expand his musical horizons now singing in both Spanish and English with the occasional song in Italian and German, growing a very wide and deep musical repertoire.

In 2007 and with the help of his good friend Mr. Osi Tejerina, CEO of Digital Poley Records he produced his debut album. LeRocq has played in different bars/pubs in Buenos Aires, including Mitos Argentinos, Down Town Matías, Speed King, Montserrat, Barocho, John John, to name a few. He is constant live force in the local Argentinian live music scene. In 2010 LeRocq expanded his music reach to include the USA, Europe and Australia.

His live shows are a powerhouse of fun and entertainment and include three different music styles:

1. Rock and Roll with the band he formed by Ariel Casós Vello in bass, Gabriel Pozzo in drums and Javier Onetto in lead guitars.

2. Acoustic Folk – A duet with his great friend Javier Onetto, whi is a local guitar hero in Banfield Argentina.

In 2008 “Rock to the top” (English version) was included in an indie new bands compilation album by Mr. Will Ferraro from Tempe, Arizona. This gathered wide acclaim and built a new fan base in the USA and Europe.

That same year he was beginning to create new connections into the USA with labels like Shane Doherty from Turmic Records Sweden, Jay Cai from Countdown Entertainment in Calgary, Canadá and Mark Gillette, from Badness Records London.

In 2013 LeRocq signed a global distribution and publishing agreement with indie power house “Blue Pie Records”. After years of sacrifice, perseverance and good music, Paul LeRocq keeps his beat on with rock´n punk n´ballads, amd the passion of his writing and recording new sounds for his fans. LeRocq is a passion player and nothing short a power house when it comes to entertaining his audience.