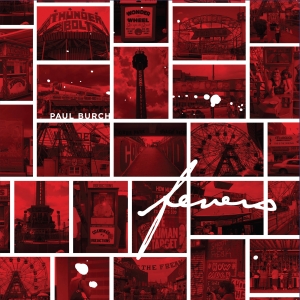 Paul Burch, Nashville’s honky-tonk auteur and a writer of unmistakably modern but instantly classic songs, will release his new album, Fevers this fall on Plowboy Records. Backed by his redoubtable band the WPA Ballclub, Fevers reveals the side of Burch heard most often on stage—intense, unbridled, and full of bravado. Produced with multi-instrumentalist Fats Kaplin (Jack White, Buddy Miller, Third Man Records), Fevers is a riveting and haunting mix of honky tonk, stringband blues, and bop grooves that defies easy categories.


Critics have praised Burch’s albums as “music that sounds thoroughly modern but completely unlike contemporary country” (USA Today) and Entertainment Weekly has called him "a modern day Jimmie Rodgers." The UK’s Uncut Magazine has awarded each of Burch’s past three albums a five star rating saying: “No one makes records like this anymore.”

Born in Washington D.C., Burch was first singled out when his 1996 debut, Pan American Flash, was named Amazon.com’s #5 Best Country Albums of the 90s and was described by Billboard’s Chet Flippo as “extraordinary…establishing Burch as a leader in marrying country's roots tradition with a modern sensibility.”

Along with a GRAMMY nomination for his contribution to the album Charlie Louvin (Charlie Louvin), Burch has worked with a range of equally ineffable artists including: Ralph Stanley, Exene Cervenka of X, Mark Knopfler, Lambchop, Vic Chesnutt, and R&B great Candi Staton. Burch’s tribute to Buddy Holly, Words of Love, led to a new fan in Holly’s widow, Maria Elena. “Words of Love is a beautiful album,” said Maria Elena. “He has everything Buddy wanted to hear in an artist--his own style and his own sound.”

Burch recently produced famed Nashville songwriter David Olney’s Predicting the Past, due in 2014.

In 2013, Burch contributed a song to Hip Hop for Public Health’s Songs for a Healthier America, an innovative collaboration between musicians and public health advocates to motivate kids to make healthier exercise and wellness choices. The album is being promoted by First Lady Michelle Obama’s Let’s Move campaign and will also be the first official free album.

Peter Guralnick, author of biographies on Elvis Presley (Last Train to Memphis & Careless Love) and Sam Cooke (Dream Boogie) says: "I'm a Paul Burch fan. How could I not be? His music never fails to achieve its purpose, what Sun Records founder Sam Phillips has deemed the unequivocal purpose of every kind of music: to lift up, to deepen, to intensify the spirit of audience and musicians alike."