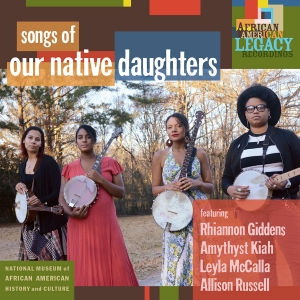 Songs of Our Native Daughters shines new light on African-American women’s stories of struggle, resistance, and hope. Pulling from and inspired by 17th, 18th, and 19th century sources, including slave narratives and early minstrelsy, kindred banjo-players Rhiannon Giddens, Amythyst Kiah, Leyla McCalla, and Allison Russell reinterpret and create new works from old ones. With unflinching, razor-sharp honesty, they confront sanitized views about America’s history of slavery, racism, and misogyny from a powerful, black female perspective. These songs call on the persistent spirits of the daughters, mothers, and grandmothers who have fought for justice—in large, public ways--only now being recognized, and in countless domestic ways that will most likely never be acknowledged.
15
What's This
Advertisement