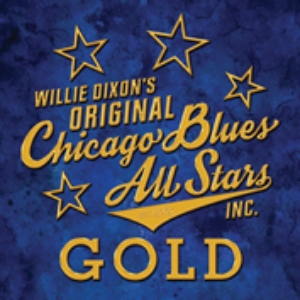 Two years ago, bassist Deacon Freddie Dixon, drummer/educator Dr. Jimmy Lee Tillman, and guitarist John Watkins reunited to form the Original Chicago Blues All Stars, specializing in the Chicago blues that they once played nightly in the touring band of the legendary blues songwriter Willie Dixon, and to develop and create the University of Life Community Centers that will use music to connect inter-generations and to train upcoming artists.

And that isn’t the only laudable goal for the band to meet. “The other part is trying to keep the blues music alive,” says Deacon Dixon, who soaked up the blues during his youth as one of Willie Dixon’s talented sons. Willie picked up the bass and started playing when his dad was on tour and there was a bass left behind. He told me, ‘don’t touch that bass.’ When he came home I was playing it,” says Freddie.

Another important facet of the band’s wide-ranging mission is the presentation of Original Chicago Blues All Stars Outstanding Blues-Bandleader and Role Model Awards, which pay tribute to the Chicago performers and other notables that have helped or influenced the band over the course of their long journey.

This new cd GOLD is a remastered version of their CD, Chicago Blues All Stars, Inc., starring drummer Jimmy Tillman, bassist Freddie Dixon, keyboardist Butch Dixon and guitarist John Watkins of a 1984 concert recording in Portland, Oregon. All except Butch Dixon sing. This new double cd contains more songs from the concert plus the band's new single “Black Bags.” Dr. Jimmy Tillman wrote the song as a response to all the gun violence in the Black community. It's a call to action about the senseless killings in Chicago.

“By playing the blues, you see it as it really is,” says Dr. Tillman. “We realized that this is a blessing that’s been given to us, so we have to use it properly in order for it to do the things that it was designed to do when it came into existence. So that is why we came out of retirement.”

The single features newest band member, Michael Damani, age 23, on guitar and on vocals. "Their mentoring is a gift, not only mentoring musically, but what I have learned about the history of the blues and about dedication, work ethic and respect. Playing the blues is more than the music,” said Michael.