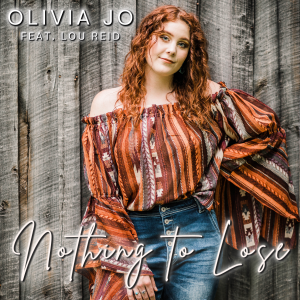 
Also known as, "Blue Eyed Darling" or "My Blue Eyed Darling," this song has been around for quite a while and has been covered by a plethora of artists since its first release by Roy Acuff and His Smoky Mountain Boys in 1940; but in all those years it has never been released by a female artist. Olivia Jo is debuting her version of this old classic in 2022.

"I first heard this song performed by Harley Allen with the Allen Brothers from an excerpt of one of their concerts in the early 1980s. I was instantly drawn to Harley's voice and the way he sang it. When choosing my first single to debut as an up-and-coming bluegrass artist, I wanted to release something timeless and classic, a song every listener would love and relate to that would also showcase my vocal style and range. With an attention-grabbing twin fiddle intro, a beautiful bluegrass melody with just a touch of traditional country flare, and plaintive lyrics that tell the familiar tale of a love gone wrong, I think this song checks all of those boxes." - Olivia Jo

Olivia Jo is an up-and-coming bluegrass artist and versatile singer-songwriter based in the foothills of the Blue Ridge Mountains in the town of Stuart, VA. She got her start in bluegrass at a young age, performing at local festivals and other venues by age 9 and recording two bluegrass albums by the time she was 12. Through the years, she has continued playing live shows, honing her vocal ability and songwriting craft, and exploring the music industry as a whole. Although she is well versed in other genres of music, Olivia Jo says her heart lies with her bluegrass roots and that she is eager to make a name for herself in the world of bluegrass.

Olivia Jo's debut bluegrass single "You'll Always Be My Blue Eyed Darling" features an A-list lineup of musicians and stellar vocals from herself, as well as Lou Reid of the Seldom Scene, who also produced the artist's new single. "I'm proud of the work everyone did on this project. I was very fortunate to work with such talented people in the industry. I don't know of another female artist that has recorded or released this song, so I'm excited to put my version out there to bluegrass lovers everywhere," Olivia Jo emotes.
10
What's This
Advertisement