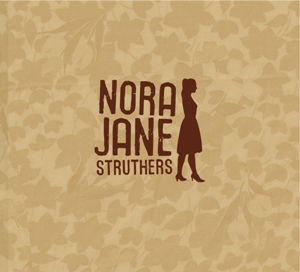 naturally. Born in Virginia and raised in New Jersey, Struthers grew up singing with her father Alan, a veteran of a Minneapolis bluegrass band who wrote a novel about country-rock titan Gram Parsons as his doctoral thesis in American studies. “That’s how folk music and traditional music have been passed down forever – playing and singing with family members,” Struthers notes.

Trained classically as a teenager, she started writing her own songs in high school, and began her performing career while she was a student at New York University, playing in a folk-rock style at such venues as CBGBs and the Cutting Room.

Graduating from NYU’s Steinhart School of Education, she taught at a charter school in Williamsburg, in New York’s Brooklyn borough, but the musical itch still wanted scratching.

She adds, “That’s where I met the first person I ever knew who was a professional musician. I said, ‘Oh, what do you do for a living?’ ‘I play music.’ ‘Really, you can do that?’ I didn’t know any professional musicians growing up. I thought that was something that rock stars do.”

As she plotted her relocation to Nashville, Struthers and her father, under the name Dirt Road Sweetheart, cut a duo album, I Heard the Bluebirds Sing, in July 2008 at the Leesburg, Virginia, studio of the Nitty Gritty Dirt Band’s Lee Thompson. The collection included a handful of originals and versions of songs originated by such artists as Western music pioneer Patsy Montana and Americana singer-songwriter Gillian Welch, a performer whose music has left its mark on Struthers’ style.

“It’s a really honest record,” Struthers says. “It’s just my dad playing banjo and singing and me playing guitar and singing. We did it live with no overdubs. It’s bare bones. We wanted it to literally be a record of what we sounded like at the time.”

After a drive from New York to Nashville in her 1998 Honda Odyssey minivan the month after the recording of I Heard the Bluebirds Sing, Struthers began hitting the city’s fertile music scene and creating a support system in her new home base. Fate pushed her to her producer-to-be.

She recalls, “I had three different friends – two of whom I knew before I moved out there, and one of whom I met when I was there. They didn’t know each other, but each of them told me I needed to make my record at Brent Truitt’s studio in East Nashville.”

The cream of Nashville’s pickers were assembled for the recording of Nora Jane Struthers, which eschews a straight-ahead sound to assert a seamless blend of roots styles.

“I didn’t want it to sound like a hard-driving bluegrass record,” Struthers says. “I used to think the songs I was writing were bluegrass songs, and I realized on the drive to Nashville that they’re really not bluegrass songs – they’re just influenced by bluegrass music. I love the sound of bluegrass instruments – mandolin, banjo, guitar, acoustic bass – and I wanted to use them in the record. I was definitely influenced by Tim O’Brien’s studio albums, and I think Brent’s mandolin playing did a lot to shape the sound of the record. Another important thing was having Stuart Duncan on the fiddle. To me, it’s like another harmony voice on the record – it’s such an important part of the sound.”

In live performance, Struthers has already received recognition as one of the top up-and-coming voices on the Americana scene. She won the neo-traditional band competition at West Virginia’s Appalachian String Band Festival, and her song “Greenbrier County” placed as a finalist in Colorado’s Telluride Troubadour competition.

Writing in The Tennessean, esteemed critic Peter Cooper recently said, “Nora Jane Struthers has been creating quite a buzz.” Listen to her new record, and you’ll discover why.
45
What's This
Advertisement