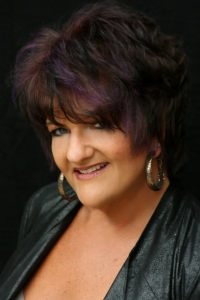 Cashbox Magazine has described Niecie as a 'raw and soulful ... rocking blues powerhouse', who has opened for or shared the stage with the likes of Koko Taylor, Larry McCray, Magic Slim and the Teardrops, former Allman Brothers Johnny Neel, Outlaws guitar slinger Chris Anderson, blues rock sensation Anthony Gomes and the legendary Shaun Murphy. A workaholic who relentlessly pushes herself to improve her craft, Niecie has been topping playlists and radio charts around the world including France, Germany, UK, Netherlands, Belgium, Australia and Canada. Niecie has received many accolades hitting #34 for Top 50 Blues of All-Time on APD Radio charts along with Buddy Guy, Muddy Waters, Elvin Bishop, Joe Bonamassa, Janiva Magness, Billie Holiday and many icons of the industry. Niecie was recently voted one of the Top 25 Women In Music by Blues-E News Magazine.

How Niecie fell into the blues is quite a story. During a gig with a rock band while on tour in Lincoln Nebraska, Niecie stepped outside on set break. As fortune would have it, she didn’t know that her set had been overheard by none other than bluesman extraordinaire Magic Slim, who also happened to be on break from his gig at the Zoo Bar. Slim approached Niecie and said, “Girl, you need to sing the blues,” and invited her to join him on stage at the Zoo Bar. The rest, as they say, is history.

What gives the blues its soulful power is its ability to cut through the gloss and spit shine polish to deliver raw, uncut, unfiltered emotional truth. You can’t sing the blues if you don’t know, because the blues will strip you down and leave you exposed by the side of the road. Born and raised in the Motor City, Niecie’s uncompromising vocals contain the knowing scars of that truth, and the result is a sound that infuses elements of her own story into every song she sings, making it her own. She never gave a song a choice. That’s just Niecie.

Exposed to much of the best that the music world has to offer simply by growing up in Detroit, Niecie developed her own style by absorbing bits and pieces from what she heard as a youngster who was laser-focused on having her own career one day. Whether it was rock, Motown, blues, or jazz, if it had something Niecie could use, she latched onto it.

Moving on from Detroit to spread her wings, Niecie hopped over to neighboring Chicago to match up her chops with the sizable and renowned blues talent found in the Windy City, then headed West to Las Vegas where she performed at the Hacienda, Sahara, Aladdin and the San Remo Hotels and Casinos. While in Vegas, Niecie maintained a rigorous performance schedule commuting back and forth to California catching gigs in the Los Angeles music scene. From there she headed to Boston after being persuaded by fellow musicians to check out the East coast. While in Boston, Niecie gigged up and down the I-95 trail from New York to Florida, complemented by several European tours with the blues rock band she was with at the time.

It was at this time Niecie decided to tour religiously. Throughout the course of Niecie’s career, she has performed in every state in the US except for 8. Niecie has blown the crowds away at festivals worldwide including the Cancun Jazz Festival, Jackson Bluesfest, Blues On The Hill, East Port Bluesfest, to name a few. Niecie is no stranger to the most renown clubs on the circuit having performed at the House of Blues, B.B. King’s, Hard Rock Café, Manny’s Car Wash, and several guest appearances at Buddy Guy’s Legend. Niecie is acclaimed for her high energy performances and leaving it all on the stage. Blues Blast Magazine said it best…”If you are an entertainer that is going to go by one name (like Sting, Cher or Bono), you had better have the talent to back it up, and Niecie passes this test easily”

Her early success inspired Niecie to focus more on her songwriting, which necessitated a trip to Nashville, widely recognized as the songwriting capital of the world. Upon her arrival she wasted little time and went straight into the studio where she recorded/co-produced her debut CD, "Peace Of My Mind". Producer/drummer Nioshi Jackson assembled a virtual dream team of musical talent, including Larry McCray (Gibson guitar award winner), Shane Theriot (Neville Brothers), and Chris Anderson (Outlaws). And that was just the guitar section. The CD also featured Eric Clapton’s bassist Willie Weeks and Johnny Neel from the Allman Brothers, combined with songs from Grammy winning songwriters Kim Morrison, Johnny Neel, and Richard Fleming. Such a potent mix produced a hit album that landed on Cashbox, Roots Music Report and Top 10 playlists worldwide.

Feeling right at home, Niecie continued to record in Nashville. "Beyond The Surface", her sophomore release, co-produced with Nioshi Jackson, landed on Top 50 Blues on Cashbox and Billboard, #8 on Top 50 Blues, and #23 on Top 50 Albums (all genres) on APD Global charts. The CD once again scored some of Nashville's A-list players, including percussion and background vocals by Crystal Taliefero (Billy Joel, Bruce Springsteen, John Mellancamp) and the legendary former Allman Brothers Johnny Neel on keys.

Niecie later teamed up once again with Johnny Neel to produce "Wanted Woman", which boosted her career to new heights. The CD put Niecie on the map as a forerunner in the music industry, debuting at #1 Top 50 (all genres) and #2 Top 50 Blues on RMR Charts. It also found it’s way to #4 on the Billboard charts Top 50 Blues.

“The Other Side” the follow up release was a Triple A radio release consisting of Niecie’s top hits. The collection was adorned rave reviews and hit mainstream radio across the globe. Just months after the release, it graced the India Roots Music Report at #1 at the same time Wanted Woman right behind it at #2.
At this stage of her career, the only question for Niecie is….what comes next?