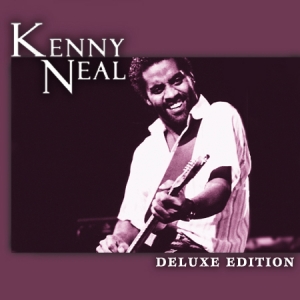 Kenny Neal has become the ambassador of the Baton Rouge, Louisiana blues sound, taking the heritage of his father, bluesman Raful Neal, and his father's famed musician friends and speading it worldwide. Whether he's squeezing the strings of his ancient, battered Telecaster, stretching out on a funky bass riff, or blowing a chugging, reedy solo on harp, Kenny's sound is unmistakably Baton Rouge. But he isn't just recycling the songs of his mentors, like Slim Harpo (who gave Kenny his first harp when the boy was three to stop him from crying), Lazy Lester and his father, or the wild string-bending style of the late Guitar Slim and the obscure but brilliant Rudolph Richard. Rather, Kenny has absorbed the sounds of the masters he knew, added the fire of fellow Baton Rouge-ite Buddy Guy (with whom Kenny toured as a bass player while still a teenager) and strained it all through a modern, young sensibility to create the Kenny Neal sound.

Live, Kenny is spontaneous and unstoppable. He's even taken his talent to Broadway, where he starred in Lincoln Center's production of Zora Neale Hurston's Mule Bone, and won the Theatre World Award for Most Outstanding New Talent. He's toured for the U.S. government as a blues ambassador across Africa, and he and his tireless road band of various Neal brothers and the great Chicago drummer Kennard Johnson have taken his incendiary live show from Argentina to Europe to Japan (opening for B.B. King) and practically every blues club in the U.S.

Whether he's laying into one of his original songs (often co-written with Florida producer/bassist/horn arranger Bob Greenlee) or updating a South Louisiana classic, Kenny's musical gumbo, mixing swamp blues, a bit of modern funk, Chicago blues and New Orleans rhythms, all cooked over a fire of Baton Rouge roots, marks him as one of the true blues torchbearers of his generation.