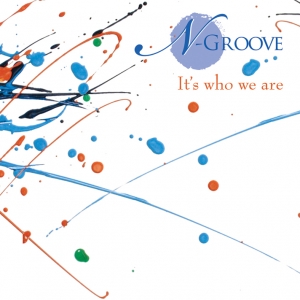 N-Groove is a group of incredibly talented musicians and songwriters who have joined forces to create Radio friendly groove oriented jazz music. Together their musical influences combine to create a genuinely unique sound that overwhelmingly connects with listeners. The new CD release titled Its Who We Are features a cast of talented musicians that blend jazz, R&B and Pop influences. Band members include C.C. Givens, Roberto Tyson and Cheikh Ndoye

C. C. Givens the renaissance man of the group began his career as a drummer at an early age. Throughout his childhood development he listened to and experimented with every genre of music to which he was exposed. He was influenced by composers and producers such as Quincy Jones, Maurice White, Antonio Carlos Jobim and Burt Bacharach. Although primarily known as a drummer he also is the bands producer and plays a variety of instruments on the CD. Currently C.C. is focused on composing & producing interesting, emotionally inspiring music for the global marketplace including projects in film & urban music.

Roberto Tyson was born in Cuba, reared in Puerto Rico and New York City. Roberto, a prodigy in his early youth, was schooled in the ways of the grand masters of jazz guitar and played along side his father, also a guitarist, with premier musicians of the time. Young Roberto developed a reputation as one of the best players around. Today, Roberto brings a Latin, Caribbean and traditional jazz influence to the richness of his music. His musical influences were his father who is also a guitarist and a percussionist. Wes Montgomery, Joe Pass, George Benson and Pat Martino.

Cheikh Ndoye's fascination by the diverse, rich sounds and rhythms of the Senegalese music scene started in his prime age. Early in life, he was attracted by jazz masters such as Charlie Parker, Monk, Miles Davis, Wes Montgomery and many other jazz greats. However, after listening to Weather Report 8:30 album, he was so captivated by Jaco's melodic and harmonic developments that he immediately fell in love with the bass guitar. In the beginning, Cheikh played the piano between the ages of 9 and 11. He didn't pick up the bass until the age of 14. He would encounter two obstacles in his early musical adventure. On the one hand, he would have to convince his parents who believed that school should always come first. On the other hand, given the expensive musical instruments, Cheikh could not afford his own bass guitar. That did not discourage him. Fortunately, he had tremendous support from his friend Thierno Camara, an already reputable musician, who would let him borrow his bass guitar. Years later, Cheikh secured his first professional gig with a Dakar jazz band, Opus. The band had its first national exposure at the notable St Louis Jazz Festival in which appeared great jazz musicians such as Pharaoh Sanders, Jack De johnnette, Herbie Hancock, and many others. Cheikh's transition from the Senegalese to the U.S. music scene was pretty smooth given his broad musical exposure back home. Furthermore, young and prominent African bass players, such as Richard Bona and Armand Sabalecco, had already paved the way and established the link for this new generation of African musicians venturing in the U.S. music scenes.