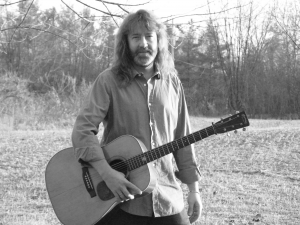 Mike Andes, born and raised in Timberville, VA, began performing publicly at age 14. Mike will tell you his music ability is God-given. He plays by ear and has never had any lessons or professional training. Several family members including his brothers and uncles influenced Mike with their musical abilities.

In the early 1980s, Mike formed his first band, The East Coast Bluegrass Band and in 1994, was a founding member of Nothin’ Fancy bluegrass band. Mike always wanted a full-time career in music and Nothin’ Fancy has given him the opportunity to fulfill this goal.

During his time with Nothin’ Fancy, Mike has been nominated for Mandolin Player of the Year, Male Vocalist of the Year, Individual Entertainer of the Year and Songwriter of the Year through the Society for the Preservation of Bluegrass Music in America (SPBGMA).

Mike has become well known as an exceptional MC for the band and keeps the show rolling from song to song with his wit and charm.

Mike has always considered Charlie Waller to be his bluegrass hero. He learned his trade by Charlie Waller and the Country Gentlemen’s example. The Seldom Scene has also been a huge influence on Mike’s music.

When Mike is not touring with Nothin’ Fancy, he enjoys building mandolins, fiddles and wood working in general. He also enjoys the outdoors and gardening with his wife, Becky, in their Pataskala, Ohio home. Together, Mike and Becky have three sons, one daughter and son-in-law and three beautiful grandchildren.

In Feburary 2013, Mike released his first solo CD, The Songs I Sing. The CD contains 14 of his original songs.
10
What's This
Advertisement