Michael Londra Beyond The Star 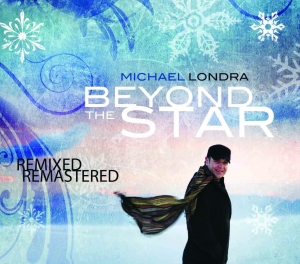 Michael Londra has been described as "one of the greatest Irish singers of all our time." Since his breakthrough role as lead singer of Riverdance on Broadway, Londra has become one of the top international soloists.

His recording of "Danny Boy" is now regarded as "one of the best recordings in history," with over 6 million views on YouTube.

Chicago based Celtic singer, Michael Londra is from the opera capital of Ireland, a small town on the South East coast called Wexford. He decided in the early 90s to follow his heart and started singing professionally. His leap of faith was rewarded when he soon became a leading man in musical theater in Dublin playing many roles. US director and choreographer, Larry Fuller asked Michael to play Bobby Kennedy in the world premiere of "JFK" where he was noticed by the producers of Riverdance. He went on and sang lead in first Riverdance tour of North America in 1998 as well as Riverdance on Broadway 2000 and 2001.

Londra has been featured on the Universal Records Arias Ancora project with Luciano Pavarotte, Andrea Bocelli and Sarah Brightman. He is the creator of Radiocelt, which is part of Accuradio Network, one of the top ten internet radio stations. He also produces and stars in the touring Irish shows and is an ambassador for Concern Worldwide.