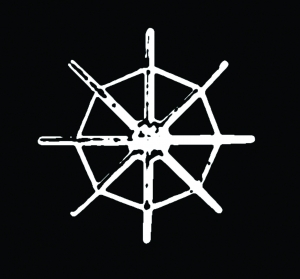 In 1994, the legendary Jerry Douglas — acknowledged master of the instrument variously known as a resonator guitar, resophonic guitar and by its most popular brand name, dobro — surveyed the state of his art and, together with colleague Tut Taylor, produced a collection of 21 tracks by nearly a dozen of the most acclaimed dobro players of the day. Released as The Great Dobro Sessions, the all-star compilation went on to win that year’s Best Bluegrass Album GRAMMY award, along with the International Bluegrass Music Association’s Instrumental and Collaborative Recording honors.

More than a quarter of a century later, acclaimed resonator guitarist Phil Leadbetter has produced what amounts to a follow-up to that iconic recording, gathering material from some two dozen of the instrument’s top players of today into a glittering collection that acknowledges both long-time masters of the dobro and their young successors to the title — and, fittingly enough, devotes a portion of its proceeds to the IBMA and its Bluegrass Trust Fund.

Laden with nearly two dozen tracks, Masters Of Slide: Spider Sessions offers a broad sampling of artists and styles, illuminating the roles the instrument plays in today’s roots music. There is, not surprisingly, plenty of bluegrass to be found here — the instrument found a congenial home in the genre beginning in 1955, when IBMA Hall of Famer Josh Graves joined Flatt & Scruggs’ Foggy Mountain Boys — but there’s more, too, from blues-drenched excursions to delicate soundscapes to jazzy originals, alongside reimaginings of pop and rock songs, and even a couple of deliciously rendered vocals; solos, duets, full band arrangements, all get their turns.

Every corner of the continental United States is represented, too, from New England to southern California, the Pacific Northwest to Florida, and plenty of entries from the middle of the country, too. And awards? Too many to count, including the IBMA’s Resonator Guitar Player of the Year (Leadbetter is himself a 3-time recipient), Instrumental Recording of the Year participants, band members and participants on Grammy-winning and Grammy-nominated projects, members of CMA-winning artists’ bands, and so many more.

“Several of the players on this album were not even born when The Great Dobro Sessions came out,” notes Leadebetter, “and now they’re monster players, featured on this project alongside lots of new blood and some of the legends that are still here with us. As for Rob Ickes — the young guy on that album — he has become one of the most awarded Resonator Guitar players ever, winning 13 IBMA Resophonic Guitar Player Of The Year awards. The Resonator Guitar has become one of the most popular instruments to learn in all kinds of music.

“There are many Masters right now,” he continues. “I could not get everyone I wanted on this project because of space, but isn't that why we do additional records? It doesn't end here. In 25 more years, there will be another whole new generation of young guys and girls who will continue to push the boundaries of this instrument. Lots of things have changed in 25 years, and I'm proud to present this new generation of players, as well as some of us old guys. I hope you will enjoy listening to the Masters Of Slide."