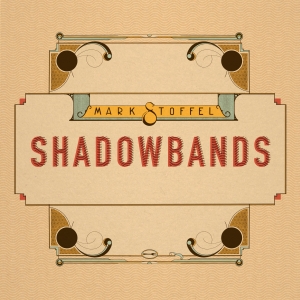 For his debut single for Mountain Home, mandolinist Mark Stoffel — heretofore known as a “player’s player” who’s spent the past decade as a member of Chris Jones & The Night Drivers — offers up “Shadowbands,” a contemplative, atmospheric composition inspired by 2017’s solar eclipse.

“You can find the specifics online,” Stoffel notes, “but in short, shadow bands are wavy light patterns that happen briefly before and shortly after totality. Like many of the phenomena associated with a solar eclipse, these happen on the ground, not in the sky, and it is truly amazing.”

Stoffel’s interest in the eclipse was piqued originally by his fondness for nature, then amplified by his work in, among other things, producing media for his southern Illinois university employer; in addition to the composition, he and a colleague also made an award-winning documentary about their town’s preparations for the eclipse, as well as the event itself.

Widely considered to be among the genre’s unique stylists, thanks to a sophisticated yet energetic approach that reflects his long-standing affinity for contemporary, newgrass-flavored sounds, Mark can readily pinpoint the origins of “Shadowbands.”

“The idea was hatched at a bluegrass festival in Auburn, Alabama, in June of 2017,” he remembers, “while warming up for a show with Chris Jones & The Night Drivers. This happened just a couple months before the 2017 solar eclipse and my hometown was smack in the center of it; we were all hyped and anticipation was huge! It brought people of all stripes together, something we needed then and especially now. Everything is connected and I’d like to believe that much of the music I created during that time was informed by this experience.”