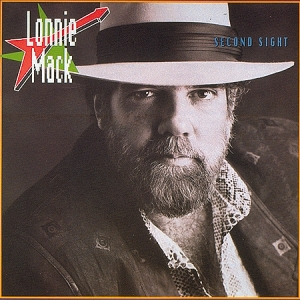 Lonnie Mack is a roadhouse blues-rock legend -- modern rock's first true guitar hero. His playing has influenced the course of rock and roll and had an impact on many of modern rock's current guitar heroes, including Eric Clapton, Keith Richards, Jimmy Page and especially Stevie Ray Vaughan. His early music bridged the gap between '50s rockabilly and the psychedelic blues-rock of the following decade, and, like the best rock and roll, his work continues to embody a mixture of white and black roots music. Rock, blues, soul and country -- Lonnie brings them all together for a sound that has been all his own for nearly thirty years. His Alligator Records release, Live! Attack Of The Killer V, features material from the entire span of Lonnie's career. Included are live versions of some of his earliest songs from the Fraternity label as well as material from his Alligator and Epic recordings and two newly written compositions. Recorded at one of Chicago's hottest clubs and co-produced by Lonnie and Alligator president Bruce Iglauer, the album is Lonnie's first-ever live recording. Playing with Lonnie on the record is his long-time associate, keyboardist Dumpy Rice, as well as a crack young rhythm section.

Lonnie was born in 1941 in Harrison, Indiana -- some twenty miles west of Cincinnati. From family sing-alongs he developed a love of country music, while he absorbed rhythm and blues from the late-night black radio stations and gospel from his local church. Starting off with a few chords that he learned from his mother, Lonnie gradually blended all the sounds he heard around him into his own individual style.

He began playing professionally in his early teens (he quit school after a fight with his sixth-grade teacher), working clubs and roadhouses around the tri-state border area of Indiana, Kentucky and Ohio. In 1958, he bought the guitar he still plays today -- Gibson Flying V serial number 7. In addition to his live gigs, Lonnie began playing sessions for the King and Fraternity labels in Cincinnati. He recorded with blues and R&B greats like Hank Ballard, Freddie King and James Brown.

In 1963, at the end of another artist's session, Lonnie cut an instrumental version of Chuck Berry's “Memphis.” He didn't even know that Fraternity had issued the single until he heard it on the radio, and within a few weeks “Memphis” had hit the national Top Five! Lonnie Mack went from being a talented regional roadhouse player to a national star virtually overnight.

Suddenly, he was booked for hundreds of gigs a year, crisscrossing the country in his Cadillac and rushing back to Cincinnati or Nashville to cut new singles. “Wham!,“ “Where There's A Will There's A Way,” “Chicken Pickin'” and a dozen other records followed “Memphis.” None sold as well as his first hit (though “Where There's A Will” earned extensive black radio airplay before the DJs found out Lonnie was white!), but there was enough reaction to keep him on the road for another five years of grueling one-nighters.

Fraternity Records died, but Lonnie kept on gigging, and in 1968 a Rolling Stone article stimulated new interest in his music. He signed with Elektra Records and cut three albums. Elektra also reissued his original Fraternity LP, The Wham Of That Memphis Man. He began playing all the major rock venues, from Fillmore East to Fillmore West. Lonnie also made a guest appearance on the Doors' Morrison Hotel album. You can hear Lonnie's guitar solo on “Roadhouse Blues” preceded by Jim Morrison's urgent ''Do it, Lonnie! Do it!'' He even worked in Elektra's A&R department. When the label merged with giant Warner Brothers, however, Lonnie grew disgusted with the new bureaucracy and walked out of his prestigious job.

He headed back to rural Indiana, playing back-country bars, going fishing and laying low. After five years of relative obscurity, Lonnie signed with Capitol and cut two albums that featured his country influences. He played on the West Coast for a while and even flew to Japan for a Save The Whales benefit. Then he headed to New York to team up with an old friend named Ed Labunski. Labunski was a wealthy jingle writer that wrote "This Bud's For You" who was tired of commercials and wanted to write and play for pleasure. He and Lonnie built a studio in rural Pennsylvania and spent three years organizing and recording a country-rock band called South, which included Buffalo-based keyboardist Stan Szelest, who later played on Lonnie's Alligator debut. Ed and Lonnie had big plans for their partnership, including producing an album by a then-obscure Texas guitarist named Stevie Ray Vaughan. But the plans evaporated when Labunski died in an auto accident, and the South album was never commercially released.

Disheartened, Lonnie headed for Canada and joined the band of veteran rocker Ronnie Hawkins for a summer. After a brief stay in Florida, he returned to Indiana in 1982, playing clubs in Cincinnati and the surrounding area.

Lonnie began his re-emergence on the national scene in November of 1983. At Stevie Ray Vaughan's urging, he relocated from southern Indiana to Austin, Texas. He began jamming with Stevie Ray in local clubs and flying to New York for gigs at the Lone Star and the Ritz. When Alligator Records approached him to do an album, Lonnie immediately called on Vaughan to help him out. The result was Strike Like Lightning, co-produced by Lonnie and Stevie Ray and featuring Stevie's guitar on several tracks. "We went for Lonnie's original sound here," Vaughan said. The joint effort was one of 1985's best-selling independent records and topped many critics' "Best Of" list for that year.

Lonnie's re-emergence was a major music industry event. Keith Richards, Ron Wood, Ry Cooder and Stevie Ray Vaughan all joined Lonnie on stage during his '85 tour. Other celebrities -- Bob Dylan, Mick Jagger, Paul Simon, Eddie Van Halen, Dwight Yoakam, actor Matt Dillon and comedienne Sandra Bernhard -- attended shows during the Strike Like Lightning tour. The year was capped off with a stellar performance at New York's prestigious Carnegie Hall with label-mates Albert Collins and the late Roy Buchanan. That show recently aired on Britain's BBC-TV and is currently available as a home video cassette entitled Further On Down The Road.

His Alligator follow-up, Second Sight, highlighted Lonnie's continuing evolution as a musician and singer/songwriter. He self-produced the album and wrote eight of the ten tunes. The album spotlighted his cured-in-the-wood vocals more than Strike Like Lightning but also included a healthy dose of Lonnie's burning Flying V.

Lonnie's re-found visibility earned him a contract with Epic Records, and in 1988 that label released Lonnie's Roadhouses And Dancehalls album. Critics applauded the recording, but CBS didn't know quite how to market it. They tried to force it into a country music niche, ignoring its roots-rock and R&B influences. Not able to push the album to its full sales potential, Epic let the project slide from the top of its priority list. Lonnie, again disenchanted with the major label scenario, began making plans for his return to Alligator.

Lonnie Mack's career traces the history of rock and roll. Drawing from influences as diverse as rhythm and blues, country, gospel and rockabilly, Lonnie has won the hearts of fans worldwide. He is revered by a new generation of rock performers. He has played everywhere from tiny roadhouse clubs to huge rock showcases and national television. He has recorded for major labels and indies alike.

Live! Attack of the Killer V tells the Lonnie Mack story better than any of his previous albums. It's Lonnie at his best -- classic songs, new tunes, audience favorites. It's a live celebration of one of rock and roll's greatest careers.