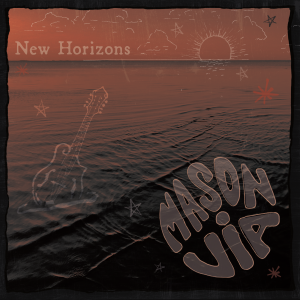 Mountain Fever Records is proud to present the brand new album from Mason Via, New Horizons. This incredible album is available to radio now and releases to the public August 19, 2022.

You might know Mason as the a jammin' single "Big City" already out. On top of all of that, the lnewest member of Old Crow Medicine show (who he recently made his Grand Ole Opry debut with.) You also may have seen him on this past season of American Idol, in which he made it into the Top 40 finalists.

In 2016 the talented young man completed a Virginia Folklife Songwriting apprenticeship with his father, award-winning songwriter David Via. Mason has placed in contests and picked up ribbons at several conventions and festivals throughout Appalachia. Mason Via was named the 2019 Floydfest OTR competition runner-up and is a 3-time winner of the Shakori Hills Grassroots Festival's band competition.
59
What's This
Advertisement