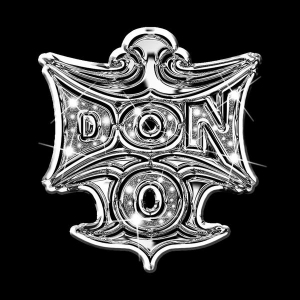 Omer Jones also known as “Don O.” began rapping and producing at the age of 13. Mr. Jones has covered music and sound – Composing - Music Productions for the last 14 years, with an additional 10years experience as a Major Recording Engineer!

“Focus Management” Signed Don O. on as an Actor and Model in Los Angeles at the age of 7
and he continued his career with Focus until he was 12 years old.

Don O. now known as “MEGA DON” is a Major pillar in the Hip Hop, R&B and Rock community!
Mega Don has proven to be a great asset in the Major Entertainment Music Industry,
bringing forth the best of experience and knowledge.

Having great Mentors such as: Bruce Tambling, MC Hammer and E40 with included relative
San Quinn has taken Mega Don’s knowledge to higher forms of Executing Education and Production. With new goals as an Educator, educating youth and clients on new Digital Development- Software Applications/Platforms, Products and Co Branding strategies Mega Don has created the evolution for the “now day” industry Producers and A&R’s!

Mega Don continues to create and innovate his multiple talents while truly living up to his name –
“The Don!”


VENUES:
·Don O. has Participated as a player at USC – Charity Event: Kat Williams Celebrity Basketball game which supported Foster Children -2009 Event
·The New Bridge of Hope Foundation – Don O. had paid for the kids to attend the “One Child At A Time” Celebrity Basketball game in Los Angeles, C.A. and interviewed the kids and Director of the program – 2009
·Don O. has Participated as a player at: D.C.S.F. – “One Child At A Time” Charity Event:Kat Williams Celebrity Basketball game - 2008
·Performed at 96.1 the beat "6th Annual Step It Out show" at the Cricket Arena Charlotte, NC (15,000 Attendance) - 2005
·Don O. has Performed at San Jose June teen festival - 2003
·Don O. has Performed for Musicians Mindz magazine's charity event for kids at the MCI Center in WA, DC. (10,000 attendances) - 2003
·Performed for Radio 1 “ON THE BLOCK PARTY” in Washington, DC (2,000 attendance) - 2003