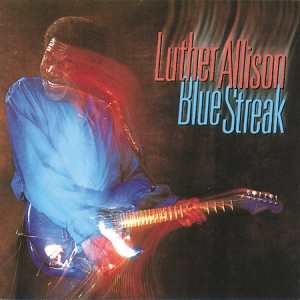 At the time of his sudden death from cancer on August 12, 1997, Luther Allison was finally reaching the mainstream popularity he had always desired. Allison began his major American comeback when he signed with Alligator in 1994, following 12 years of living and performing in Europe, where he had grown from a club artist to a major headliner. 1994's Soul Fixin' Man and 1995's Blue Streak provided a launching pad to American stardom for Allison and his searing brand of hard blues. With the Grammy-nominated Reckless in 1997, Allison soared. He won three Blues Music Awards in 1998, five Blues Music Awards in 1997 (including the coveted Entertainer Of The Year award), scored a total of 15 Living Blues Awards in the same period, and was featured on the covers of the three major national blues publications: Living Blues, Blues Access, and Blues Revue. He appeared on Late Night With Conan O'Brien, National Public Radio's All Things Considered, and The House Of Blues Radio Hour. Even People magazine ran a rave review of his new CD. He was performing in theaters and concert halls rather than small clubs. And no matter where he played, he left audiences open-mouthed in amazement. In just three short years Allison had gone from the latest rediscovery to, as Blues Revue magazine declared, "The New King Of The Blues."