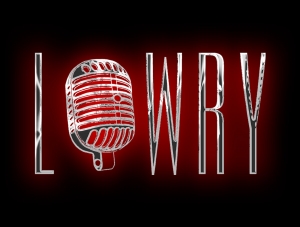 Lowry (full name- Lauri Pihlap) was born in Tallinn,Estonia on March 9, 1982. At the age of 4 he started singing and showing a lot of interest in music. Constantly he was playing on his little drumkit and imitating popstars he saw on tv. Lowry got a piano for Christmas from his parents,when he was 8. He couldn't have been happier over recieving such a gift. He started taking piano lessons and you could say that his musical journey had begun...

A major influence on Lowry was his father, Priit , who was and still is to this day , a respected musician, a songwriter and a recording artist. Lowry's uncle, Tarmo (1952-1999) was one of Estonia's biggest stars, a singer and a musician, loved by old and young people.His father and uncle were in the music business, but it was never a question of pressuring a young kid into following in their footsteps. Lowry wanted to do it. It was in his blood...

At the age of 11 it was clear to Lowry that he wants to sing! Really... to become a singer! He was hooked on the music of Michael Jackson, Sting, Phil Collins and many other talented superstars and he was determined on becoming a singer like them. The youngster spent most of his spare time from school practicing. He bought a lot of records and studied them carefully, note by note. Countless hours of singing in his room wasn't doing any good to his neighbors nerves, but it was doing a lot of good to the young aspiring singer and his voice!

At the age of 15 Lowry decided to contact one of his old singing teachers from his school, to ask some advice. He felt that he had been working hard, polishing his vocal skills and it was time to test himself in front of a crowd. It had been a few years since he had last performed onstage, singing with a group of kids from his class. Now, he needed a stage, a microphone and an audience... His teacher listened to him sing and suggested on appearing on an Open Mic concert (a school event for kids studying music). Lowry decided to do it and he performed a couple of songs a capella on that night. The performance was a huge success! The young fella surprised a lot of people and now his singer status was cemented in his own school! Lowry had found the confidence to go ahead with his plan to become a successful performer!

At the end of 1998, Lowry entered a singing contest- the biggest and longest running contest in Estonia (the first one aired already in the '70's)! Out of hundreds of hopefuls, Lowry finished in the final 10! He didn't win and the result disappointed him very much, but it was a very good kickstart to his career! To this day, people are talking about THAT final, beacause all the finalists went on to have successful music careers in Estonia!

In 1999 Lowry was taking his first steps in the Estonian music scene, recording tracks and doing live acoustic sets with his father! He was also invited to join a covers band as a lead vocalist and for a year he toured all around Estonia, singing music from Eric Clapton to Robbie Williams.

In the summer of 2000, Lowry was invited to join an r&b/soul/hiphop group called 2XL. The band had already started out in 1997 as a duo, mixing smooth vocals with hip hop beats and dancing! But the 2 original members, Semy and Ince wanted to expand the group and develop their style vocally, so they "recruited" 2 new members, Craig and Lowry. As a quartet under the new name, Soul Militia, the group released their debut album in 2002, appropriately titled „On The Rise“. The completely self- written record spawned a couple of radio hits and was the first contemporary R&B album released in Estonia. Lowry was developing his songwriting skills, writing 2 songs and co-writing one for the album.

In 2002 Lowry released another record with a group of friends, well known young Estonian singers, under the name of Family! The record was a success in the popcharts and it included Lowry's solo track "Hope", the very first song ever he had written at the age of 14! He co-wrote another track for the LP with Craig from Soul Militia.

Soul Milita's second album „Silence Before The Storm“ was completed and released in the Fall of 2004.
The group had become a trio during the album's recording process. The groups oldest and founding member Ince left the band for personal reasons... But Semy, Craig and Lowry continued their musical journey with a new fresh sounding record. Lowry contributed even more in the writing and producing of this album. He wrote and co-wrote 5 songs on the record!

One of the highlights of Soul Militia's career came in the summer of 2005, when the guys were given the opportunity to perform as an opening act for Lenny Kravitz on one of his "Electric Church" tour dates in Tallinn, Estonia! The boys did a half an hour set with a live band in front of a home crowd of 25 000! It was an amazing experience which gave the guys the necessary confidence boost to proceed...

A few more singles have been released since then (bringing the total to 9,as of May 2007) and the guys are still performing and doing their thing! The saga continues!

The story of LOWRY has just begun! Since 2005 he has been writing and recording demos as a solo artist and focusing more and more on getting better in his craft! July 2007 saw the release of his solo debut single "Breathe", written and co-produced by the man himself! The single was recieved very well and quickly climbed up the Estonian music charts. In november the follow-up to "Breathe"- the second single "Come Back" was released. At the age of 25 Lowry felt more confident than ever stepping out by himself and letting people know his thoughts and emotions through his songs! This musicians talent and depth are showcased in his music. Lowry's debut album "SPLIT PERSONALITY" was released in december 2007. The album contains 13 songs written and co-produced by Lowry.