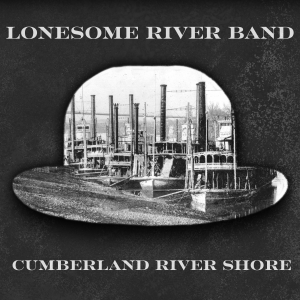 Why You Should Care: Since its formation decades ago, Lonesome River Band continues its reputation as one of the most respected names in Bluegrass music. Five-time International Bluegrass Music Association (IBMA) Banjo Player of the Year, and winner of the Steve Martin Prize for Excellence in Banjo and Bluegrass, Sammy Shelor leads the group that is constantly breaking new ground in Acoustic music. Earlier this year, the band’s single “Love Songs” was featured on Apple Music’s Best New Americana songs list, Pandora’s New Bluegrass Now playlist, Napster’s Progressive Bluegrass Featured New Releases list, and SoundCloud’s Best Country Now: Backroads playlist and “Little At A Time” was featured on the same Pandora and Napster playlists as well Spotify’s Grass Roots playlist.
______

Though they’re acclaimed as masters of contemporary bluegrass, the Lonesome River Band issue a reminder of their long-standing appreciation for old-time string band music with a new Mountain Home Music Company single, “Cumberland River Shore.” And though it’s not about him, the song, from its writing to recording, is suffused with the spirit and sound of the late and legendary John Hartford.

“Billy Smith and I wrote this song in the early aughts up at my old rental house in Madison, Tennessee,” recalls Hartford colleague and fiddle tune book editor Matt Combs, “just down the road from John Hartford’s place on, you guessed it, the Cumberland river shore. You could sit in the living room and watch the boats and the tempo of the river.”

“Matt had John's hat hanging on the wall, along with a song scripted by John — it seemed like Hartford's spirit was all around us that day,” adds Smith — writer, too, it should be noted, of one of the Lonesome River Band’s most enduring hits, “Hobo Blues.” “Matt and I had the song demoed before lunch, and went out and had sushi, something John and I did quite a few times together.”

“Billy sent me this song a couple of years ago,” says the Lonesome River Band’s award-winning banjoist and leader, Sammy Shelor. “It was a tribute to John’s days on the Mississippi River. Having gotten to know John myself in the later years of his life and really valuing that experience, I really wanted to do this song as a tribute from the band and myself. John was one of my favorite musicians and entertainers, and I regret not getting to know him years before. Long live John Hartford’s music!”

Shelor and his bandmates — Jesse Smathers (mandolin), bassist Barry Reed, guitarist Brandon Rickman and Mike Hartgrove on fiddle — know exactly how to pay tribute to Hartford. The track starts with just fiddle and banjo before Jesse Smathers begins the song’s story of a man who roams far from his childhood home and sweetheart, only to pay the price upon his return. Yet even when the band’s entrance jumpstarts the rest of the song’s bluegrass feel, Shelor’s distinctive style keeps the old-time flavor front and center, a reminder not just of Hartford’s influence, but of Shelor’s own family connection to earlier generations of stringband musicians.

“There’s a lot of music inspired by the river and I’m glad this song is one of them,” concludes Combs. “I love LRB’s treatment — great job guys!”