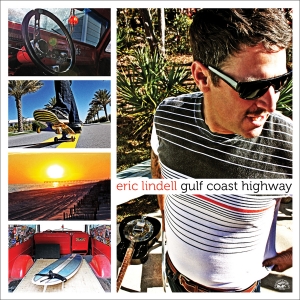 Only a few short years ago, singer/songwriter/vocalist Eric Lindell was known only to a small but enthusiastic group of fans in his native Northern California and his adopted city of New Orleans. Once he hit the national music scene with his 2006 Alligator Records debut, Change In The Weather, critics and fans around the world celebrated the arrival of a roots rocker with dozens of unforgettable original songs. His combination of sweet, blue-eyed soul with groove-laden R&B, swamp pop, funk and blues won him critical and popular acclaim across the country. As he toured the U.S., his fan base grew and before long clubs and festivals were filled with dancing people singing the words to every song. With his 2007 release, Low On Cash, Rich In Love, his popularity increased exponentially. A February 2008 appearance on Late Night With Conan O’Brien put him in front of an audience of millions of people worldwide. Clubs around the country were experiencing overflow crowds when Eric performed. The word was out. Eric Lindell had arrived.

And now he’s ready to write the next chapter of his success story with the release of Gulf Coast Highway. According to Lindell, “Writing and recording the new CD felt natural and easy. It’s a celebration of my last ten years living here on the Gulf Coast. I’m really happy with it. I took my time and everything just came together. And I love playing the songs live.”

Recorded at Balance Studio in Mandeville, Louisiana, Gulf Coast Highway will capture the attention of music lovers all over the globe. Featuring 12 original songs and three inspired covers, Gulf Coast Highway finds Lindell reaching new performing and songwriting heights. His soul-drenched mix of roots-rock, sinewy blues, swampy R&B and a hint of honky-tonk soul permeates each and every song, and have led critics to make comparisons to Van Morrison and Delbert McClinton. With musical help from some of the Crescent City’s finest players, including the Galactic rhythm section of Robert Mercurio and Stanton Moore on some tracks, Lindell has created his most fully realized lyrical and musical statement yet.

Lindell left for New York in 1998, gigging there regularly before heading down to New Orleans in 1999, where he quickly discovered the roots music scene. He gravitated toward the West Bank dive bars of Gretna and Algiers, Louisiana, where he befriended many older swamp pop musicians who helped him get more regular gigs. Before long he met up with Galactic’s Stanton Moore, and the two jammed together often. Some of New Orleans’ finest players, including keyboardist Ivan Neville and drummers Harold Brown (War) and Johnny Vidacovich, often joined him on stage. Galactic bassist Rob Mercurio began sitting in as well, and word of Lindell’s immense talents quickly spread around the city. Stars like Branford Marsalis, The Neville Brothers, John Scofield, Chris Chew (North Mississippi Allstars), and Wally Ingram (David Lindley, Stockholm Syndrome) began showing up at his gigs and embracing this fresh California kid’s funky music. According to Lindell, “It’s a great feeling to be recognized for your music in New Orleans.”

Lindell’s 2006 Alligator Records debut, Change In The Weather, delighted and surprised music fans hungry for a truly original artist. Lindell’s deceptively simple sounding songs, laid back grooves and hook-laden melodies were fueled by guests including Brown, Neville and Moore. Critics across the country went wild, with reviews and features in Relix, OffBeat, Harp, Guitar Player, Down Beat, The New Yorker, The New York Press and many other national and regional publications. Singer And Musician magazine put Eric on the cover and many newspaper entertainment sections did the same. The Chicago Sun-Times said, “Eric Lindell is a tremendous raw talent with a poet's soul. He writes from the heart with a fully realized musical vision.”

Radio responded in kind. The first single, “Give It Time,” debuted as the #1 Most Added song on the Radio & Records (R&R) Indicator Chart (and spent 14 weeks there, peaking at #16), #1 Most Added on the Americana Chart and #2 Most Added at AAA radio overall. The song was a Top 20 single on Friday Morning Quarterback’s (FMQB) AAA Chart. In addition, Lindell triumphantly appeared on the nationally syndicated public radio program Mountain Stage.

The 2007 release of Low On Cash, Rich In Love pushed Lindell farther into the spotlight. The single “Lay Back Down” spent 10 weeks on R&R’s AAA Indicator Chart and 11 weeks on FMQB’s Top 50 AAA Tracks. Appearances on Late Night With Conan O’Brien, his return to Mountain Stage and reviews in USA Today, Relix, Down Beat, Harp, Living Blues, Blues Revue and many other national and regional publications solidified Lindell’s stature as an artist who simply could not be ignored.

Lindell’s live shows draw as much attention as his material. Fun, funky, high-energy and set-list free shows keep fans clamoring for more and coming back again and again. His unstoppable grooves, rocking, deeply rooted, original songs and excellent musicianship never fail to fill the dance floor. Guitar Player says, “Impressive, super slinky classic blues and rock with a taste of country twang. Lindell is bound to win over roots music fans for years to come.” The Philadelphia Inquirer simply called his music, “timeless blue-eyed soul.” The Boston Herald calls him “a ferocious talent.” With the release of Gulf Coast Highway, Eric Lindell’s talent and soul will shine brightly from the Gulf Coast to stages all over the world.