LaTresa "The Blood and The River" 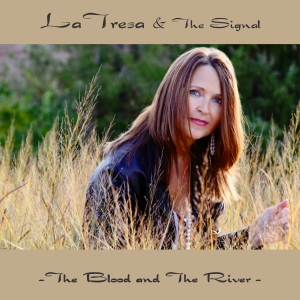 LaTresa grew up in Mississippi in a spiritually and musically strong family. She has taken her southern gospel, bluegrass, country and delta blues influences and created a fresh yet rootsy acoustic sound. Her songs have a traditional sound, but her arrangements are progressive. After relocating to Nashville, TN and absorbing the experience of Broadway and Music Row and with the encouragement of friends she released her first CD Free Spirit. Straight out of the gate it received great reviews from both bluegrass and americana/folk publications. She has been featured on both regional and national radio and television, including Fox Sports Network. One of her gospel tunes "Can You Give Me A Drink?" was released on The Blind Boys Of Alabama's "Take The High Road" album featuring Vince Gill. A newer CD "Love, Babies, Jesus and Sweet Potato Pie" showcases ten of her original bluegrass tunes and features her band The Signal. Her most recent project “The Blood and the River” grew out of a strong desire to share her deep Gospel roots and features some very special guests, like Roland White, Tim O'Brien, and Dale Ann Bradley. The first single release “Bright Star” is a Christmasy duet with Billy Droze, featuring Pat Flynn on guitar. Title track guests include Ronnie McCoury and Rob Ickes.