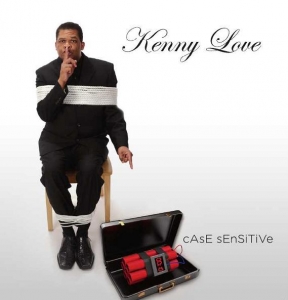 His foray into the world of music began at the age of four when, as he recalls, “A miniature trumpet was casually removed from my grasp (and lips) during preparation for a March of Dimes parade as a result of my having failed to cause it to transmit sound, although I was huffing and puffing quite professionally.” This would later become the first instrument for which he received formal training and ultimately mastered.

A native of Texas, Dr. Love received musical training from 1970-1976 while in elementary, junior high, and high school, eventually adding the bass guitar, strings, piano, and an extensive study of music composition to his repertoire.

He also spent two years at Prairie View A&M University in Texas as a Music Education Major. At the completion of his sophomore year, he joined and spent four years in the United States Army, after which time he became an independent recording artist.

After successfully marketing, promoting, and publicizing his first commercial recording independently in 1991, Dr. Love began a new career in the music industry as an international radio/video promoter and media publicist. He retired in 2010 to return to his first loves of music composition and music production.

Until 2011, Kenny had released no albums as a solo artist, but did release three R&B/Dance singles as a solo artist, entitled "All Of My Love," and "Just Want To Dance (With You)," in 1991 and "Vampire Love" in 2003, all of which received international accolades. He has just released a 10-song compact disc titled "cAsE sEnSiTiVe” that is already enjoying radio airplay in the U. S. and abroad.

The multi-talented, multifaceted entertainer serves on the "cAsE sEnSiTiVe” release as; composer, lyricist, producer, bassist, keyboardist, string player, and vocalist. He admits that he enjoys composing, recording and producing equally because each contains its own unique and separate element and experience. He describes his personal genre as a Jazz/World hybrid, stating “My sound was developed after I discovered the amazing 'colorization' that can be affected and executed via inverted 7th, 9th, and 11th chords within a musical composition.”

Dr. Love's musical influences include The Crusaders, George Duke, Stanley Clarke, Herbie Hancock, Lenny White, Earth Wind & Fire, and Donald Byrd. He readily admits that the best advice he’s ever been given is “Don’t sign with a major label,” and says he is still assessing the worst advice. Kenny attributes his longevity and success in the music industry to “Taking the next breath, struggling, and survival – though not necessarily in that particular order.”

Listen to a RADIO interview with Kenny at http://www.blogtalkradio.com/girlpower/2011/05/10/interviewing-jazz-musician-kenny-love