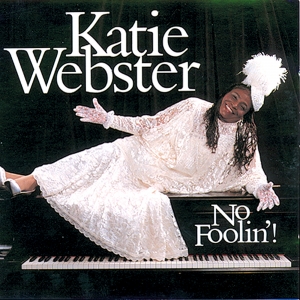 
At the time of her death on September 9, 1999 at the age of 63, Katie Webster was acknowledged as the one of the premier blues artists of her generation. Webster's sassy and sensuous blend of barrelhouse boogie-woogie, New Orleans R&B, Gulf Coast swamp-pop, deep bayou blues and Southern gospel-flavored soul placed her among the most in-demand blues artists in the country and made her a favorite at festivals and concert halls all over the world. As a teen, Webster was already hailed as South Louisiana's reigning piano queen. She recorded on more than 500 singles during the 1950s and 1960s. She joined Otis Redding's touring band in 1965 and enjoyed a successful solo career in the 1980s, releasing albums on Arhoolie and a number of European labels. She signed with Alligator Records in 1988, cutting three albums for the label: 1988's Swamp Boogie Queen (with guests Bonnie Raitt and Robert Cray), 1989's Two Fisted Mama! and 1991's No Foolin'. In February 1999, Alligator released Deluxe Edition, a collection of Webster's greatest recorded performances from her years with the label.