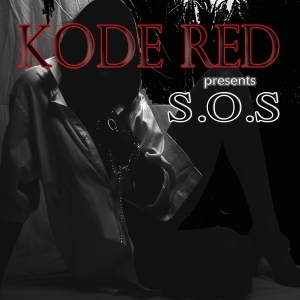 March 9, 2011 is a day to remember when Indie Artist Kode Red of Kode Red/Seven Management Inc., performed in his hometown to a sold out crowd at the legendary Toad's Place in New Haven Connecticut. The crowd was very diverse, ranging in all ages. Kode Red’s high performance that night brought out a line of media and local talents from the tri-state area such as; Connecticut Magazine's Buddy Mench of CT Confinement, David Brown of Reel to Reel Entertainment, the cutting edge DJ's and Radio Host (Jimi-Dennis) from Nevah Wen Musik, and Flashback Fever Radio (www.radioseen.com) who is currently streaming live world-wide.   Check out Kode Red at Facebook.com/wwwkode1. He has recently released a solo album titled "The Show Must Go On" in 2009; followed by a two part mix tape titled “Sitting on Gold”. Kode Red is bringing more to his audience with the debut indie released album called "My Reign Is More Than a Drizzle" in the summer of 2011. You will never see or hear about the word fatigue when it comes down to the artist Kode Red. He is always at work and has currently joined forces with some of the up and coming Producer's and Mc's of the Twentieth Century such as; I.V of We Major! Music Group and the Mad Professor PBC, and Shawn Perry of Seven Management. Continuing to think big and stand at large his art is taking a global turn for the better and reaching new heights in 2012. Kode Red's latest released video can be viewed on youtube wwwkode1 "Where Dem At?” and more. For someone who has been at this for so long Kode Red is still a student and has yet to reach his lyrical peak! Challenge and Kode Red goes hand and hand and he is prepared for whatever the future brings. The title of his new album says it all and one might even say that his Reign Is More Than a Drizzle lol!
0
What's This
Advertisement