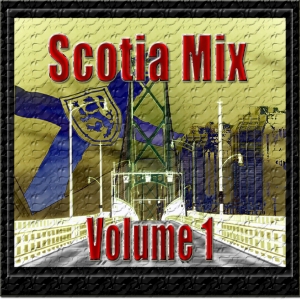 The Hip-Hop and R&B talent of east coast Canada finally gets the recognition it deserves with Scotia Mix Vol. 1, the new compilation album from the Kicksta Music Group.

Featuring the best artists from Nova Scotia - and a guest contribution from Louisianas Big Brotha the project aims to give an outlet for these as-of-yet under exposed artists.

A unique combination, Scotia Mix Vol. 1 combines artists new to the game with more seasoned professionals, connected by their love of music. One such seasoned maestro is singer/songwriter/producer Jamie Sparks, who began his professional career in 1990 and whose track Gonna Get Down is the first single from the album.

A video has also been filmed, featuring the track ScoTown Stomp by Papa Grand. The video was filmed in Halifax and produced by Triton Films from Vancouver. To see video
click herehttp://www.youtube.com/watch?v=_GpwBYAEgys

Big Brotha is an artist achingly close to major recognition. Originally from Philadelphia and now residing in The Big Easy, he has been packing clubs in the south and shines on the Scotia Mix Vol. 1 album with the track Chill.

Dimples is primed for the spotlight. Growing up on Gospel hymns, she has performed her R&B formula to wide audiences and has generated some worthy attention. She caught the attention of Kicksta Music Group A&R after hearing her track There You Go.

Duby is a very soulful vocalist, who puts a tremendous amount of emotion into every word, his lyrics are delivered with power, passion, and confidence. Check out these smooth vocals on the track " More Than a Friend".

The Empire is a collective from Dartmouth, Nova Scotia that combine skilful lyricism with some irresistible hip-hop. Their star is rising from east to west coast, in Canada and America. You can hear them on the track "Get Naughty" featuring the hot R&B sensation Kaleb Simmonds.

Game Spittaz is a hip-hop group of three talented artist, Cody, Sandy,and Big Boogz. Together they have blasted their way into the music industry. These young bloods from North Preston have had their mix tapes boomin through the systems of music lovers all across Canada.

Jamie Sparks album Fun Tonight has sold thousands of copies and yielded four videos. His hot new single from the album Scotia Mix Vol.1 Gonna Get Down has already won an ECMA for Urban Single Recording of the Year 2006. No stranger to awards Jamie has received the Montreals Jazz Festivals Award of Excellence, the Professional Publishers and Songwriter Award, and multiple ECMA and ANSMA awards. His music has most recently been heard on the Fox Network shows American Embassy, 24 and on ESPN.

Papa Grand is an experienced artist on both the mic and the screen. As an actor he is best known as a cast member of the hit series Trailer Park Boys. As a rapper he has informed, thought-provoking lyrics a unique delivery, and some full-on beats to complement. He first teamed up with Jamie Sparks for the summertime hit Fun Tonight.

Young Squad This North Preston group has been ruling the mix tape scene with a gritty, real sound that belies their young age. Get ready to join The Movement, also check out Teardrops breakout solo track How You Love That.

Kicksta Music Group is a musical enterprise founded by Producer/Remixer/Publisher Randy Powell together with Singer Songwriter/Producer Jamie Sparks and Musician/Remixer/Recording Engineer Chris Iannetti. The groups mission is to promote and develop upcoming artists that are relentlessly working at their craft, under the radar of the major music labels. All of the Kicksta Music Group titles are available for purchase at: www.cdbaby.com/all/kickstamuzik

TO RADIO PROGRAMMERS
If your interested in downloading a broadcast quality track from our scotia mix vol.1 album for airplay. please go to. http://www.airplaydirect.com/music/bands/2339/
all radio professionals must verify there stations. and the membership is free to radio Programmers and DJ'S