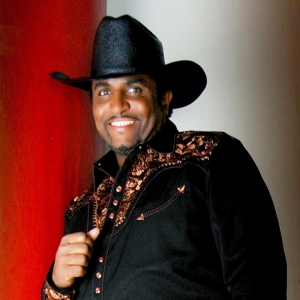 KC Williams
The Artist You can Touch

KC Williams
“The Artist You can Touch”


“Let’s get beyond the color and unite the Country,” states International Country entertainer and recording artist/songwriter, KC Williams. Born in Milwaukee, Wisconsin, KC is the eleventh child in a family of fourteen. "A songwriters' contest on a local Country radio station really hooked me," says KC. Since then, he has been committed to Country Music.

KC’s commitment is not only to Country Music. He shares his talent across many facets of the music and entertainment business. He is on the board of directors for Capita Productions, a non-profit community theatre group in his home town of Milwaukee. KC assisted with the 2010 production of Capita’s critically acclaimed production of “We are the Drum/Tribute to Michael Jackson”. A strong proponent of keeping the arts curriculum alive in public schools, he devotes much of his time to teaching music to elementary, middle and high school students at MPS (Milwaukee Public Schools). Directing and singing with the MPS Alumni Choir is also among his many commitments. The MPS choir is a multi cutltural group whose membership includes some of the community’s homeless as well as local MPS alumni. The choir performs regualary at local events. They have also performed in Europe touring in Italy and will return to Europe for performances in France during 201l.

KC won the 2004 Texas River Award for Male Vocalist of the year, the Minority Country Music Entertainer of the Year Showcase Award in Nashville, and was named winner of the 2002 Wisconsin Grammy award. But, with a background in Gospel music, KC’s captivating voice shines in all genres of music. His recent performances singing the National Anthem at Lambeau Field for the Green Bay Packers, for the Milwaukee Brewers at Miller Park, for Men’s and Women’s basketball at Marquette University and at the Bradley Center for the Milwaukee Bucks received rave reviews.

KC’s writing style is showcased on his “City Boy” album and on the songs he wrote on his critically acclaimed album “Without a Doubt”. Both albums were recorded in Nashville. Robby Turner was also a producer on “Without a Doubt”. His latest album “The Best of KC Williams” was released in October, 2008. It includes old favorites as well as new songs which will be released in advance of the forthcoming album, “When a Heart Stops Crying”.

KC’s high-energy performances have left every venue he has played, including his award winning concerts at the U.S. Army bases in Fort McCoy, Wisconsin, Hanau and Darmstadt, Germany singing his praises. His rocking, two-hour, non-stop show always leaves the crowd chanting for more. He has played several major Country festivals in the US including The Harley-Davidson 95th, 100th and 105th Celebrations, Country Thunder, Country USA, Wisconsin State Fair, Soo Locks Festival, The Taste of Chicago, and Summerfest, the largest music festival in the world.

KC’s tours of Europe included entertaining at the U.S. Army Base in Hanau, Germany and concerts in Innsbruck, Austria, Berlin, Danndorf, Munich, Nordheim, Sinzheim and Frankfurt, Germany. He performed in Zurich, Switzerland in 2005, 2006 and again in 2009. His European tours have included several cities in Germany, Switzerland, France and Belgium. KC returned to Europe with his International Tour band for the 25th anniversary of “Piknik Country Festival” in Mragowo, Poland to headline on July 28th 2006. Polish Country Fans warmly embraced KC and his music. KC has been asked to return for their 30th anniversary in 2011.

With a style all "His Own" on-stage, this Country artist can only be described as energetic and exciting, compelling the audience to become a part of the show. It's no wonder his popularity continues to grow like a wild fire burning out of control. KC Williams' Country music career is shining like the North Star on a warm summer ight. KC’s kind of cool is contagious. It’s spreading throughout the world! That is why KC is known as…

“The Artist You Can Touch”