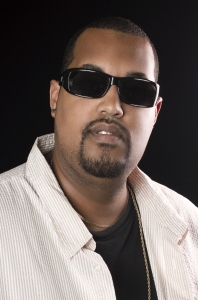 Canadian born, diverse, clever and original Hip-Hop Artist, Kyle L, more commonly known as K-Blitz, was born July 18th 1984. Just as his first known solo album "Respect The Unexpected" made a dramatic mark in the underground industry in places such as London, Kingston, Toronto and Durham region Ontario, and now residing in Edmonton Alberta, K-Blitz is constantly continuing to keep himself known. He created his first demo rendition at the age of 12 and many realized that he would be a force to recon with. Now at the age of 28 he has already released 6 albums 4 mixtapes and is still keeping it hot! But l like every true MC there were some hard times. His first crew R.S.B.C. which stood for Razormouth, Shingy, Blitz and Clockwise, went their separate ways, but K-Blitz advanced without a second glace and released "Respect The Unexpected" and "In The Building" which included his singles such as "Slow Ridin", "Million Dollar Dreams Ft Unis" and "Ain't For Everybody" that received extensive, successful radio play all over Southern Ontario. Opening for many popular acts such as Raekwon, Yelawolf, Bone Thugs N Harmony, Freeway, Tech N9ne, The Living Legends, Belly, Classified, GZA, Red One, Maestro Fresh Wes, Choclair, Sweatshop Union. and more. K-Blitz is bringing the hip hop industry as we know it to all new heights. His release of the album "Top Floor" in July 2010 received radio success as well as TV licensing, with such hit singles as "Oh Yea" and was the segway for K-Blitz to perform all over Canada as well as in the USA. K-Blitz music has been featured in short films, network television shows, core, college and Internet radio and he has performed live on Breakfast Television (Morning News Edmonton). In 2011 K-Blitz released another album with fellow Edmonton rapper/producer Sonik "Centerstage" which also had its leading single "Keeping Her Around" that got radio success. Moving forward, 2013 only looks better for K-Blitz. With the upcoming release of the new solo album "Radio Biltz" July 2013, as well as a new Sonik & K-Blitz "Stereotypes" albums in the works. The Radio stations and Stages world wide are sure to get a dose of K-Blitz in their system soon.
0
What's This
Advertisement