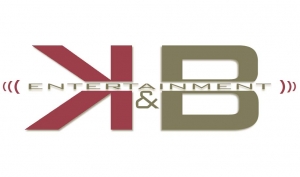 Introducing Tommy Parham he is Tia McGraff's right hand man, friend, soulmate and husband. And I'm very proud to tell you I'm working with them. Tommy is a powerhouse producer. Please read below... Any one interested in working with Tommy please contact me.

Jon Michaels, who co-wrote Paul Jefferson's "Check Please" and "Stones" from Tracy Lawrence's new album, Strong, said, "Tommy has a tremendous sense of melody. He understands chords and uses them extremely well. Even his simplest progressions are fresh, and that is really hard in a songwriting environment where three chords are king." Michaels then brings up a facet of Parham that everyone who knows Tommy well mentions. "The only thing equal to Tommy's talent," Michaels says, "is his attitude. Tommy's attitude about life and music is inspiring and genuine. They say that nice guys finish last .... Tommy will finish last and have the last laugh."

Roman Miroshnichenko "Temptation" (RM Productions / Raritet). An excellent all - round guitarist Roman Miroshnichenko solo album was released by itself. His new product is of such great quality it could easily sit on a shelf beside Al Di Meola, Acoustic Alchemy and 3rd Force because "Temptation" is a fresh mix of jazz, flamenco, new age. Some of his electric Gibson solos bring pleasant memories of the romantic years of the hard-rock 80's (Afrodita). Play with the curves of the title ROMANCE - elegant stylization is the romance and Guitango authorship Hernan Romero - I would say some vanguard Flamenco.

No wonder: Miroshnichenko - experienced master played for many years, in particular, with the brothers Bril, using an extensive arsenal of guitars - vintage Gibson Les Paul, Ovation, and classical acoustics with nylon strings - it was built by the master named Abe Wechter who built the same instrument for John McLaughlin - acoustics with iron strings. One of the invited musicians, Dane Henrik Andersen plays the sitar and some soprano guitar. More foreign Legionnaires took part in the recording of Clive Stevens soprano sax, Brazilian bassist and arranger Daniel Figueiredo and experienced American percussionist Frank Colon. The two last worked with the Roman Miroshnichenko in The Musical Nation Project. Miroshnichenko has expressed melodist gift and knows how to invent all sorts of attractive Hooks, frazochki long sink into the soul. This country has a star his name is Roman and the album is "Temptation". Written by: Alexander BELYAEV