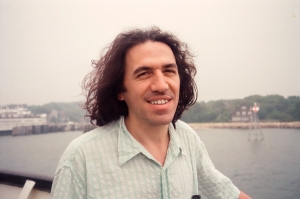 About the Album
That life is hard is true, and yet we are graced with gifts that make it easier. One of those gifts is Joey Spampinato. The singer, songwriter and bassist was co-founder of NRBQ, a rock quartet who released their first album in 1969 and whose genre-defying music inspired a generation of music fans and especially other musicians. Many of those musicians answered the call from Kami Lyle, and producer Sheldon Gomberg when they contacted them about recording one of his songs for an album to help raise funds for Joey when it was revealed he was battling cancer. The result is Sweet Relief - A tribute to Joey Spampinato, an inspired album of songs written by Joey and recorded by an astounding group of musicians who are all generously donating their proceeds from these previously unreleased recordings to the Sweet Relief Musicians Fund to support Joey and other struggling musicians.