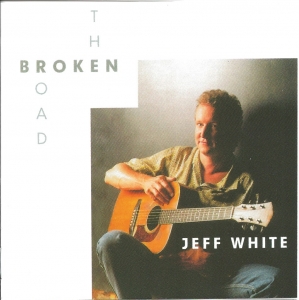 Jeff White has been a part of the bluegrass music scene since the early 1980's. His style ranges from hard-driving traditional bluegrass to original material with influences of bluegrass, folk and old-time country music. He first appeared as singer and guitarist with Alison Krauss and Union Station. He recorded two albums with Krauss, one of which won the Grammy award for best Bluegrass Recording. White has since worked with artists such as Tim, O'Brien, Lyle Lovett, Patty Loveless and for 25 years has been touring and recording with Country Music Hall of Fame member Vince Gill. He did his first tour with the Chieftains In 2002 and has returned over the years to add his guitar and vocal style to their concerts. He helped Chieftain Paddy Moloney produce the Grammy nominated 'Down the Old Plank Road' and 'Further Down the Old Plank Road' recordings. He is active in the bluegrass world these days producing the last 5 recordings for fiddler Micheal Cleveland, who has been voted best fiddler for 10 years running by the International Bluegrass Music Association. He tours with the bluegrass group the Earl's Of Leicester. He has had his songs recorded by Del McCoury, Dan Tyminski, Alison Krauss and Union Station, and Dale Ann Bradley. White has recorded two solo albums, “The White Album” (1996), and “The Broken Road” (1999) and is set to release his third album, “Right Beside You”, in the spring of 2016.