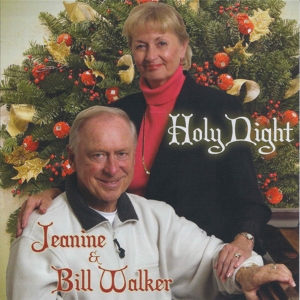 Bill & Jeanine met “on the road” while Jeanine was performing with the Kids Next Door variety group out of Los Angeles, and Bill was Music Director for Eddy Arnold.

Bill had already taken Nashville by storm as arranger on such hit recordings as “Make The World Go Away” and “Turn The World Around The Other Way” for Eddy Arnold, and “Roses Are Red” for Bobby Vinton. Jeanine made her way to Nashville a few years later to replace Anita Kerr in her world-renowned vocal quartet, which later became known as the Sounds Incorporated.

As the leader of this quartet, Jeanine’s voice has been heard on records or on television with major recording artists, such as: Loretta Lynn, Conway Twitty, Perry Como, Tennessee Ernie Ford, Kenny Rogers, Dolly Parton, Eddy Arnold, Glen Campbell, Ray Charles, Johnny Cash, Willy Nelson, Reba McIntire, Garth Brooks, and many, many others. She was also a full-time faculty member of Belmont University’s prestigious School of Music for over 8 years.

Bill is originally from Sydney, Australia, where he graduated from Sydney University’s Conservatorium of Music as a concert-standard pianist. He came to the United States from
Johannesburg, South Africa, where he was Music Director and a popular recording artist for RCA International’s Teal Recorcs. He was brought to the U.S. by Jim Reeves, to be his Music Director, but, tragically, Jim was killed the week Bill arrived.

During the 1970’s Bill formed three music publishing companies and the independent record company, Con Brio Records. The label had over 40 nationally charted singles and won numerous awards from BMI and ASCAP.

He has done television specials in Washington, D.C. for Presidents Carter, Reagan and Bush, Sr., as well as for the Ford’s Theatre Historical Society, and the Kennedy Center. He has also conducted symphony concerts all across the country.

In addition to the recordings mentioned previously, his million-selling records as arranger and/or producer, include: Sammi Smiths’s “Help Me Make It Through The Night”, Johnny Cash’s “Sunday Morning’ Comin’ Down”, Donna Fargo’s “ Happiest Girl In The Whole U.S.A.”, Roy Clark’s “Come Live With Me” and Marty Robbins’ “My Woman, My Woman, My Wife”, just to name a few.

Bill (with the Bill Walker Orchestra and Jeanine (with Sounds Incorporated) were most recently seen and/or heard on the Statler Brothers Show, which was aired every Saturday night on The Nashville Network (TNN).

Since their marriage in 1971, Bill & Jeanine have performed their own concerts for churches, civic groups, conventions, etc., as often as their daily work in the recording and television studios has allowed. Finally, in 2002, they released their first sacred music CD package aptly entitled, “The Concert Collection,” which now has a Volume 2, as well as a Christmas collection. Bill’s 2 CD package, “A Salute To The Statler Brothers – The Hits And The Gospel, along with a few additional projects now in the works.

Although their careers are primarily in the secular music industry, their greatest enjoyment is in service to Christian fellowships and endeavors, wherever and whenever possible.
0
What's This
Advertisement