The Jam Band Tribute to The Allman Brothers 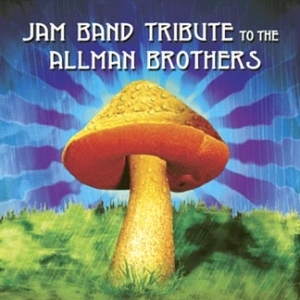 The Allman Brothers Band has become one of the most respected rock acts of their era, but it isn’t the myriad of albums they have released that earned them their reputation. The band revolutionized live shows by performing extended jams of their songs, sometimes stretching a song to 30 or 40 minutes without losing any of the excitement needed to keep the crowd interested. Their distinctly southern sound paved the way for many later bands and their mix of rock, country, blues, and jazz redefined the boundaries of rock music. Still today, more than thirty years after the formation of the legendary band, the cult following continues with legions of fans touring America to see the band perform their magic live.

What is manifested here is the energy and ability to improvise that are indicative of the Allman Brothers Band. Fresh interpretations of classic songs like “In Memory of Elizabeth Reed,” “Blue Sky,” and “Jessica” are performed with respect and enthusiasm by some of the hottest jam bands recording today. These extended jams capture the vibe of the Allmans in their warmth, power, and skill.