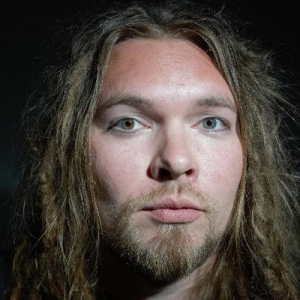 The first single from Lepisto's coming sophomore album BURN BRIDGES BURN is set to drop on December 11, 2015. The 2 track release consists of upbeat love song 'Damn Little Devil You' and the poignant ballad, 'On Eggshells'.

Lepisto's debut solo LP "Have A Beautiful Life" (Homeward Records Oy) went straight to #1 on iTunes' Finland's Alternative Album Chart on it's Dec. 2013 release, staying within the top 10 Alt releases for 2 weeks and spending over a month on their New & Noteworthy recommendation for alternative albums. On the day of its release, the album entered the ITunes (Finland) Top Ten for all genres. Vents Magazine called it "the best album of the year".

In North America, Have A Beautiful Life hit #1 on the charts at CKCU-FM, 93.1 for the week of Dec 2-8, 2013 and remained in the top 10 at #8 from Dec 9-15. The album also received airplay on FM radio in several European countries, as well as internet stations globally.

Lepisto, who served as a military chaplain in the Finnish army, cut his musical teeth playinjg drums in a number of underground rock bands starting in his very early teens. Driven by an urge to write poetic but gritty songs describing the roller coaster of life, he switched to guitar and mic at 17, to front his own band, The Matt Pistol Project. With his band The Matt Pistol Project, he has shared stages with the likes of Poets of The Fall and Bonnie Tyler. A health crisis led him to fold the band, recoup, then strike out on a solo path. Lepisto's first solo single 'There Is An Angel for Everyone' was very well recieved on Myspace. Hard Rock Cafe Helsinki invited Hannu to play on their stage prior to his debut solo LP release, Have A Beautiful Life (2013), which spent over a month on New & Noteworthy ITunes in his home country. 'Burn Bridges Burn' will be his third solo release and is due out in 2016. The album represents his most focused and poignant material to date.