Grainne Duffy - Out Of the Dark 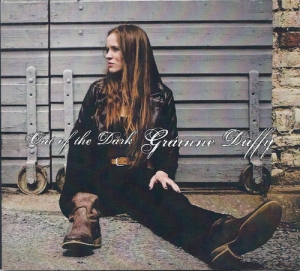 
With a voice that is as passionate as it is raw and honest, accompanied by simple, melodic and phrased guitar lines, this is what you have in the remarkable debut album of Grainne Duffy “Out Of the Dark”. It led her to 3 days at the stage of Glastonbury Festival during 2008. A proof for extraordinary talent that was raising at an impressive rate.
After the release of the album The Sunday Times describes Duffy as ‘a blues singer of real integrity’ and features her on its front page.
The album contains 9 crafted originals and 2 covers. The cover of the classic soul song “Rather Go Blind” gives to the listeners Grainne’s extraordinary voice and passion presenting extremely originally own interpretation. Later the live performance of that song becomes “trade mark” of Duffy’s concerts.
During 2017 Spotfiy includes Grainne Duffy in Top 50 women honoring in blues with the track “Good Love Had to Die” from her debut album

‘A blues singer of real integrity’ The Sunday Times