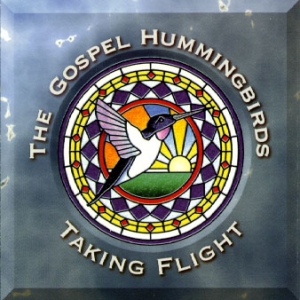 The first Blind Pig release by Oakland, California's Gospel Hummingbirds, entitled Steppin' Out, was nominated for a Grammy as the Best Traditional Soul Gospel Album. Rave reviews poured in from mainstream as well as music press. The Chicago Tribune called it "a soul album that stands up to just about anything that came out of Stax Records in the '60's," Also typical was this comment by Downbeat : "a spiritually-charged, jubilantly rhythmic collection of Christo-Afrocentric tunes that both unashamedly testify to the Lord and exuberantly rock the house." Since that 1991 release, the 'Birds have ventured into uncharted gospel territory, taking their mix out of the church to blues festivals and nightclubs worldwide with a propulsive, soulful sound.

First, let it be clear that the group is rock-solid in their faith and in their approach to gospel music. The Gospel Hummingbirds are already well-known and respected in gospel circles, so as Roy Tyler, lead tenor and spokesman for the group explains, "We are taking the gospel and its music to people who wouldn't otherwise be exposed. This music is for all people, and you shouldn't have to go to a black church in a black neighborhood to find it."

Observers of America's popular music scene have long acknowledged the importance of gospel and the Afro-Americans who sing it. In fact, most forms of 20th century American popular music - blues, soul, R&B, jazz, and rock 'n' roll - have direct roots "in the church." Though sometimes unaware of rock and roll's debt to gospel music, America's young people who search out its roots find what a thrill it is to be in the presence of "genuine" gospel music, as presented by the Gospel Hummingbirds. The group first came to prominence by singing to the young, primarily white crowd that frequents San Francisco's alternative SoMa nightclubs.

The original Gospel Hummingbirds were formed in the early 1960's by Joe Thomas Sr. That initial group broke up and drifted away, but in 1970, Thomas' son, Joe Arden Thomas Jr., hooked up with Roy Tyler, and the Gospel Hummingbirds flew again in a new incarnation. In the early 1980's, they recorded two albums for the local W & E label (with limited distribution), and did a rousing tour of churches in the South.

The Hummingbirds first began playing nightclubs and festivals in 1988, and have since been invited to perform at the San Francisco Blues Festival, the Monterey Blues Festival, the Ravenna (Italy) Blues Festival, the Oakland Coliseum tribute to Nelson Mandela, and the Montreal Jazz Festival. They've also performed in Japan, Australia, Belgium, and France (where Steppin' Out was named the Gospel Album Of The Year by the French Jazz Academy).

The group has shared the bill with some of the biggest names in the gospel, blues, and rock fields - among them the Five Blind Boys Of Alabama, the Mighty Clouds Of Joy, John Lee Hooker, B.B. King, Etta James, Charles Brown, the Persuasions, Huey Lewis And The News and the Neville Brothers. Recognizing the mainstream appeal and talent of the Hummingbirds, both Huey Lewis and the Fabulous Thunderbirds recruited the group to sing background vocals on their albums.

The Hummingbirds' most recent Blind Pig release, Taking Flight, was produced by Jimmy Pugh, keyboardist for Robert Cray and Chris Isaak, who decided to place more emphasis on the groups' beautifully intricate vocal harmonies. The result is a sparser sound that truly captures gospel's golden age of the 1950's, while the adventuresome messages touch on contemporary urban life in a most poignant way.
16
What's This
Advertisement