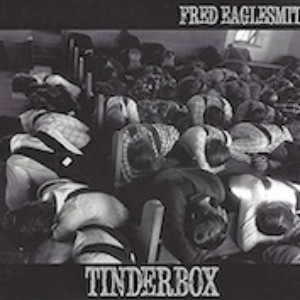 Award-winning singer-songwriter Fred Eaglesmith inspires comparisons to icons like Woody Guthrie and Bruce Springsteen, tops the roots music charts, and boasts devoted fans that include a slew of his fellow songwriters. High-profile tastemakers in the know — fellow musicians like Toby Keith and The Cowboy Junkies as well as film folks like Martin Scorsese and James Caan, to name a few — consider him one of the stellar musical and lyrical talents of our day. Though a decidedly grassroots artist in the thematic focus of his songs and how he pursues his career, playing some 180 shows a year across North America as well as Europe and Australia and releasing his own records under his cheekily-titled A Major Label imprint, Eaglesmith boasts an impact that far better known musical acts can only dream of.

His latest album and 16th release, Milly's Cafe, hit the Top 10 on the Americana chart, and he is also the only Canadian to have ever written a #1 song on the bluegrass charts. He is the subject of three tribute albums and enjoys critical comparisons to some of the most respected talents in music as well as the respect of his peers. And then there's his devoted if not rabid coterie of fans known as "Fredheads" who travel hundreds and even thousands of miles as well as even overseas to catch his vibrant live performances. His songs have joined the canon of academic curriculum at two universities, illuminating both poetic and societal studies. Eaglesmith has also acted in a number of movies and is a painter who regularly shows in galleries.

"Fred Eaglesmith is what Bruce Springsteen aspires to be, the voice of the small-town common man," says Nova Scotia's Berwick Register. His uncommonly good songs illuminate the uniqueness of what are usually thought of as common people and have evoked critical comparisons to such musical icons as Tom Waits, John Prine, Del Shannon, Link Wray, T Bone Burnett, Steve Earle and even Led Zeppelin, to name a few. He has even been rated as a talent on par with the granddaddy of all populist songwriters. "Eaglesmith delivers passion like few singers since Woody Guthrie," says New York Press. "We know that's a comparison not to be taken lightly."

Fellow songwriters are also drawn to Eaglesmith's songs. Superstar Toby Keith included Fred's recording of "Thinkin' 'Bout You" in his movie Broken Bridges and on the soundtrack album. Keith also recorded Eaglesmith's song "White Rose" on his recently released Big Dog Daddy CD as one of the only two songs he didn't write. "I had 'White Rose' on my list of songs to record for years," Keith says. "The song is such a great story and the beauty of it is that there are no White Rose filling stations in the U.S., only Canada. But it doesn't change the meaning one bit."

Other songwriters that have recorded Eaglesmith songs amidst their own include The Cowboy Junkies, Chris Knight, Kasey Chambers, Todd Snider and Dar Williams. The artists featured on the album The Songs of Fred Eaglesmith: A Tribute include Bill & Kasey Chambers, Mary Gauthier, Slaid Cleaves, Robbie Fulks, Jay Bennett, Gurf Morlix and Rex Hobart, and Eaglesmith has also inspired two albums of musical tributes from his fans. Martin Scorsese has used his songs and James Caan included an Eaglesmith number in his movie Viva Los Nowhere.

Eaglesmith writes "songs that rattle around in your head like empty beer bottles in the back of a pickup," as one critic puts it. He has won a Juno Award — the Canadian Grammy — for Best Roots & Traditional Album and a Canadian Independent Music Award for Folk/Roots Album of the Year. "It is not an overstatement to say that Eaglesmith is one of the finest songwriters in this country," says the New Brunswick Daily Gleaner. "His canon of well over 1000 songs is stunning."

Longtime Rolling Stone writer and critic and Shot In The Heart author Mikal Gilmore had this to say of Eaglesmith's album Lipstick, Lies & Gasoline : "I think that Eaglesmith (who sadly remains largely undiscovered) is one of the best new songwriters in recent years, and every track on the album is a gem."

Eaglemsith's music has been described by reviewers as a "blend of aching country and barroom rock" and a "mixture of hard-edged honky-tonk balanced between rock'n'roll and early '60s country music." His dynamic live shows are "exactly like the sort of music you dream of hearing in some crowded, hot, beery bar near closing time… a truly timeless brand of primitive rock'n'roll," says Amazon.com. Eaglesmith is also known as a between-song raconteur whose pointed and illuminating storytelling and comedic skills are as sharp as his songwriting.

"It's the weirdest career in the world, a little tiny career that works so well," Eaglesmith says of the niche he has carved out for himself in contemporary music. "I'm just so lucky and so fortunate, I try not to take it for granted."