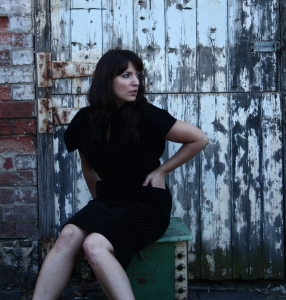 McNeil made her introduction to the Melbourne music scene in 2008 when she teamed up with nationally acclaimed singer songwriter Jordie Lane to form the highly successful alt.country/folk duo Fireside Bellows. Their first and only LP release, No Time To Die received rave reviews across the country and remains one of Australia’s most sought after independent releases.

After going their separate ways to pursue solo careers, Tracy followed up No Time To Die with successful sophomore album Fire From Burning in 2011. This cemented her reputation as a respected and formidable force on the alt.country circuit, and saw her go on to support international artists such as Old Crow Medicine Show / Eilen Jewell / Mary Gauthier / Tony Joe White / Great Big Sea and local sweethearts The Audreys, among others.

"Her songs ring with the kind of universal authority that lends them weight and gives the impression that McNeil is raiding some lost American troubadour songbook. To hear a trio of songs like ‘Uncharted Ground’, ‘Ride Home’ and ‘In My Time’ all in a row causes you to doublecheck their origins. Yes, all written and sung by Tracy McNeil." Martin Jones, Editor, Rhythms Magazine
2
What's This
Advertisement