Edgar Loudermilk Band - The Dark Side of Lonesome 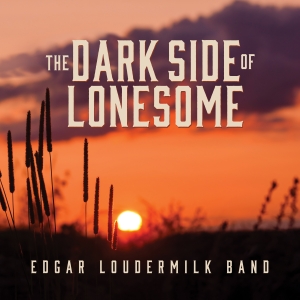 Rural Rhythm Records is thrilled to announce The Edgar Loudermilk Band’s hotly awaited album, The Dark Side of Lonesome. The Dark Side of Lonesome spotlights a collection of traditional favorites and new originals, all steeped in the rich flavor and musical stylings of American roots the band is known for. The latest single “I’m Going Home” is available now.

Edgar Loudermilk’s masterful bass skills and songwriting are a family tradition for this Louvin Brothers’ descendant. While his friendly, down-home style continues to win over audiences across the country, Loudermilk’s distinctive vocals and powerful storytelling indeed drives a genuine and personal connection with his listeners.

“I see songwriting as much of a calling as singing,” says Loudermilk. “Playing and singing live is always a good time and we love the audiences but connecting with people through relatable and meaningful songwriting is very rewarding.”

Loudermilk has also performed alongside some of the industry’s most revered talent, including award-winning groups Russell Moore & IIIrd Tyme Out, Rhonda Vincent & The Rage, and Marty Raybon & Full Circle. The Edgar Loudermilk Band tours coast-to-coast and throughout Canada.